A new federal tobacco excise is set to hit Australian smokers’ hip-pockets to the tune of $1 per cigarette by 2016. 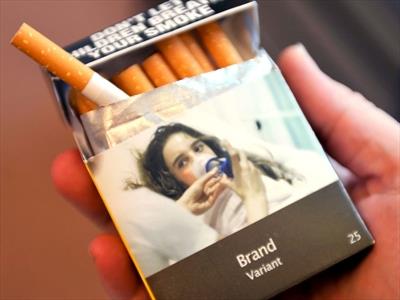 THE AUSTRALIAN government is set to announce a new tobacco tax in its economic statement on Friday which will help Labor return the budget to surplus.

The new federal tobacco excise will see the cost of cigarettes rise 12.5 per cent every year for the next four years, meaning a single cigarette will cost over $1 by 2016.

“This I know won’t be universally popular with all. It’s a difficult decision but a decision which is taken in the best interests of the nation,” Treasurer Chris Bowen said to journalists in Sydney.

The tax hike will raise $5.3 billion over four years.

Shadow Treasurer Joe Hockey has lambasted the tax hike as a grab for cash.

Treasurer Bowen claimed the new tax would help as many as 200,000 smokers give up the fags.

“I think the Australian people would agree that we need to consider all sorts of measures to reduce the impact of cancer caused by smoking,” Mr Bowen said.

In 2010 the Rudd government raised cigarette excise by 25 per cent reducing smoking by 11 per cent, Mr Bowen said.

Over 750,000 hospital beds a year are occupied by patients with smoking related health issues, costing the Australian government an estimated $31 billion a year.

A spate of unpopular taxes are set to be announced during Friday’s mini-budget, helping Labor achieve a budget surplus in 2016-2017.

Tony Abbott said: “This is a government that cannot control its spending and because it can’t control its spending whenever it gets into trouble, it hits you the Australian people with more taxes and all of it, whether it’s a bank deposit tax, an increase in cigarette tax, it’s a tax on you the people.”