Legal action from 2DayFM in the Austereo group gags broadcasting watchdog from publishing findings of a six-month long inquiry into the death of nurse Jacintha Saldanha. 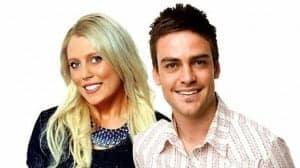 AUSTRALIAN broadcaster 2DAY FM has launched a case in the Federal Court saying the media watchdog has no power to make a ruling into a prank call which led to the death of a British nurse.

The Australian Communications and Media Authority (ACMA), which oversees compliance of the radio code of practice and licence conditions, has been hit with legal action from the Southern Cross Austereo group just days before a ruling was due.

Sydney based 2DayFM, who are owned by Austereo, said: “[The ACMA] has no power to investigate whether the recording of a telephone call breaches state or federal laws and the agencies which do have that power have not conducted an investigation or sought any information.”

The inquiry by the ACMA centres on whether the prank call breached any licencing rules and if any criminal offences were commited through the use of a clandestine recording device.

Austereo had been assisting the ACMA with their investigation into the death until now.

The ACMA said: “In response to the ACMA’s preliminary findings on this issue, 2DayFM applied to the Federal Court for orders restraining the ACMA from continuing the investigation and making a finding that 2DayFM breached [licencing] condition.”

The ACMA was expected to publish its findings next week following a six-month investigation.

DJs Michael Christian and Mel Greig called London’s King Edward VII Hospital, where the Duchess of Cambridge had been admitted for acute morning sickness, pretending to be members of the royal family.

Three days after the prank call was broadcast the nurse who connected the call through to the Duchess’s ward, 46-year-old Jacintha Saldanha, was found dead leaving behind a three page note blaming the DJs for her death.

The two DJs were suspended following the incident but did not have to answer to any criminal charges.

Michael Christian returned to work in February and controversy surrounded his award as “Top Jock” earlier this month.

Mel Greig is yet to return to the airwaves and was said to be “devastated” by the death of the mother-of-two.

Ms Greig is due to appear at the Westminster Coroner’s Court when the inquest into the death of Ms Saldanha resumes in September later this year.