Crossbench MP Rob Oakeshott says Australians should reflect on their attitudes to women following the ousting of Julia Gillard as prime minister. 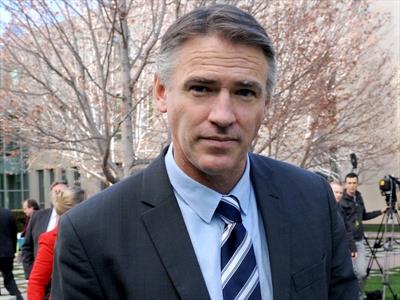 JULIA Gillard suffered a turbulent reign as prime minister because many Australians could not handle seeing a women in authority, departing crossbench MP Rob Oakeshott says.

The NSW independent says it’s disingenuous to suggest Ms Gillard did not experience greater scrutiny because of her gender.

“I’m not a gender politics expert, but it was there and no one can deny it,” Mr Oakeshott told reporters in Sydney on Tuesday.

Speaking at the launch of a book charting Ms Gillard’s troubled three years as prime minister, Mr Oakeshott said the 43rd parliament had shone a light on Australian attitudes to gender.

“One of many issues was how we deal with women in authority,” he said.

“I think many Australians couldn’t handle it.”

Mr Oakeshott said Australians did not need to be ashamed over how events unfolded, but they should use the experience to “reflect” on their attitudes towards women in power.

Ms Gillard was deposed as prime minister by Kevin Rudd last week following a prolonged period of instability during which her character and personality were often attacked.

Mr Oakeshott said the subsequent boost in the opinion polls for the Labor government reflected an unhealthy preference for personality over policy.

“That there is a 16 per cent change for no other reason than a personality change should be a mirror on all Australians.”

Mr Oakeshott said people should look beyond party leaders when deciding how to vote in the upcoming federal election and instead investigate local candidates.

He said Opposition Leader Tony Abbott’s campaign against Ms Gillard had been more intense than usual because the media landscape had allowed it.

Speaking at the launch of her book – The Stalking of Julia Gillard: How the media and Team Rudd brought down the Prime Minister – Kerry-Anne Walsh said she had not seen a campaign like it in her 25 years in the Canberra press gallery.

“I started noticing fairly early on that the minority government was being ignored,” she said.

She has called for an open assessment of how the media does its job. – AAP