A group of asylum seekers being held on an Australian vessel at sea will not be returned to their native Sri Lanka without 72 hours' notice. 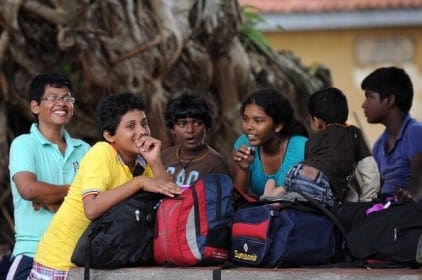 The 153 asylum seekers fighting a return to Sri Lanka have won an assurance they will not be returned home against their will without 72 hours’ notice.

But they will not be processed under the Migration Act because their boat never entered Australian territorial waters, the government says.

He said their future will therefore be determined by the Maritime Powers Act.

Mr Gleeson said the asylum seekers are being held on an Australian vessel “on the high seas”.

A late sitting of the High Court in Sydney on Monday temporarily barred the return of the 153 asylum seekers to Sri Lanka.

That court order has now been replaced by the government’s undertaking to give three days’ notice before moving the 153 asylum seekers.

Ron Merkel QC argued that the group, which includes children as young as two, should be processed under the Migration Act before any move to return them to Sri Lanka.

But he conceded the government’s undertaking resolved the central issue of urgency in the matter and sought to communicate further with his clients.

Mr Merkel said that he will ask for assurances that he will be notified if the government seeks to move the asylum seekers to detention centres on Manus Island or Nauru.

The matter will return to court within 21 days for a directions hearing.

George Newhouse from Shine Lawyers, who is representing 48 Tamils on board the Customs vessel, thanked the prime minister and the immigration minister for “showing some compassion” but said the asylum seekers’ plight was still uncertain.

“What the government’s decision today means is that a group of vulnerable men, women and children will not be sent back to their persecutors in Sri Lanka,” Mr Newman told reporters outside the High Court in Sydney.

Refugee rights activist Ian Rintoul said the decision will come as an “enormous relief” to the asylum seekers.

“It is only a temporary fix, but it’s blown a bit of a hole in the government’s treatment of asylum seekers,” he said.

“If this is the beginning of a reconsideration, then that’s going to be a very good thing.”

He believes the asylum seekers are likely to be sent to Christmas Island but their ultimate destination is far from clear.

IMAGE: Sri Lankan children among a group of Sri Lankan asylum seekers sent back by Australia wait outside the magistrate’s court in the southern port district of Galle on July 8, 2014. Sri Lankan authorities plan to charge a group of asylum-seekers with attempting to leave the country illegally after they were returned by Australia following a controversial mid-sea transfer. (LAKRUWAN WANNIARACHCHI/AFP/Getty Images)