Prince Harry will make his first official visit to Australia in October to attend events marking the centenary of the first entry of the Royal Australian Navy’s Fleet into Sydney in 1913. 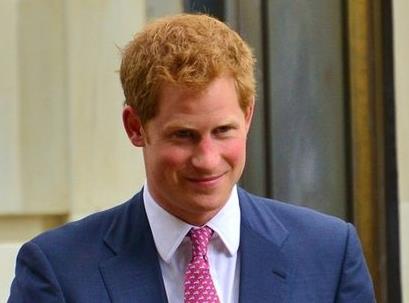 PRINCE Harry will make his first official visit to Australia in October to attend events marking the centenary of the first entry of the Royal Australian Navy’s Fleet into Sydney in 1913.

Prime Minister Tony Abbott announced the royal visit on Monday, and is prepared to welcome the fourth-in-line to the British throne to Australia.

“Australians have great warmth towards members of the royal family,” Mr Abbott said in a statement.

The popular royal previously visited Australia during a gap year in 2003. However this will be his first visit in a formal capacity as a representative of the Queen.

As part of the nine-day centenary celebrations of Australia’s navy, Prince Harry will attend a naval display featuring more than 40 warships, 16 tall ships and 8,000 naval personnel from 19 nations on Sydney’s harbour.

The prince will join Prime Minister Tony Abbott and Governor-General Quentin Bryce on the surveying ship HMAS Leeuwin to watch events on the water on Saturday 5 October.

The prince, 28, is an operational Apache helicopter pilot with the British Army Air Corps.

The Prime Minister’s office said further details of the visit would be released closer to the date.