The father of a 3-year-old Sri Lankan girl has begged with immigration control’s Scott Morrison for information about the 'missing' boat of asylum seekers on which his daughter is believed to be. 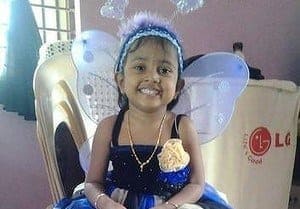 Unclear of the fate of the Sri Lankan boat with 153 asylum seekers on board, the father of a three-year-old passenger believed to be on the vessel has pleaded with Australia’s immigration minister Scott Morrison to confirm his daughter’s safety.

Father of little Febrina has said that every one of the 153 asylum seekers on board would face persecution in their home country.

Speaking to Fairfax Media, Febrina’s dad, who wanted to remain anonymous, said, “I am desperate to know where my family is. I can’t function at all not knowing.” 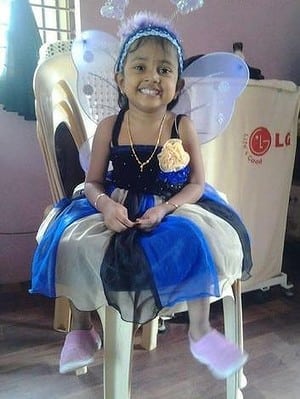 He added that he had not had any contact with his wife and child since 28 June.

“I am waiting every day to hear from her, I live every day with that hope. I want to know what has happened to her, and I hope nobody is frightening my daughter,” he said.

It is reported that the 153 passengers who were onboard the boat are all Tamils and includes 37 children. The boat was intercepted in the Indian Ocean by Australian authorities over a week ago and are said to be now on an Australian vessel.

Febrina’s father said to Fairfax Media that he and his wife had fled the north of Sri Lanka separately after being harassed Sri Lankan security forces.

“I was suspected of supporting the Tamil Tigers, so I was arrested and tortured by police. I fled the island. My wife also had problems from the police and military. Neither of us could live there.”

“She [little Febrina] has never seen the island. She has been in a refugee camp her whole life. But because her parents are refugees from Sri Lanka, the Indian government says she is a Sri Lankan citizen.”

“I am certain they will face torture, they might even get killed. The Sri Lankan government does not forget the past. They will come for them,” added the man.

Ajith Rohana, a spokesperson for the Sri Lankan police, said, “They [the asylum seekers] will be charged under the Immigrants and Emigrants Act. The sentence for those who are proved to have left illegally is two years of rigorous imprisonment and a fine.”

Meanwhile, in a combined media statement,  50 legal scholars from 17 Australian universities stated: “We are profoundly concerned by reports that asylum seekers are being subjected to rapid and inadequate screening interviews at sea and returned to Sri Lanka. This raises a real risk of refoulement in breach of Australia’s obligations under international refugee and human rights law.”