UN Report: 25% of British migrants are living in Australia

A recent report by the United Nations ‘Trends in International Migrant Stock’ confirmed that of the 5 million Brits not living in their native UK 1.3 million have opted to take root in Australia. 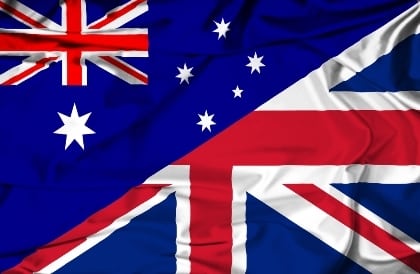 A United Nations report revealed that 232 million people are not living in the country they were born in, the highest ever, and that Brits favour Australia as a choice destination.

According to rhe UN report, one of the reasons for the large number of British migrants could be attributed to the need to find work.  It also said that the total number of Brits living abroad rose by 23% from 4.1 million in 1990 to 5 million 2013.

Australia was the most popular destination for Brit migrants, with 1.277 million expats, ahead of the US where 758,919 British nationals live and the 674,371 Britons who call Canada home.

Interestingly, despite being one of the smaller countries in the world — at number 80 in terms of physical land mass – the UK was also one of the countries to house the most immigrants.  The UK placed fifth for the highest number of immigrants with 7.8 million, just ahead of France with 7.4 million, Canada at 7.3 million migrants and Australia at eighth position with 6.5 million migrants settling on Australian shores.

The British government has been under pressure to do more to lessen the financial burden migrants have been having on the country’s coffers.  This is especially the case in terms of healthcare benefits — which Health Secretary Jeremy Hunt hopes to address by charging migrants three times the minimum fee.