MOVE TO AUSTRALIA | The Australian currency, its relative strength against other currencies and how it affects your lifestyle in Australia, explained. 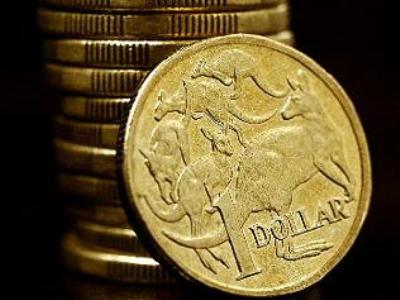 The national currency, the Australian dollar, is fast becoming one of the strongest currencies in the world, and this has had a great impact not only on the domestic economy, but for migrants and visitors alike.

General outlook of the Australian dollar
Gone are the days that the Australian dollar hovered around the $3 to £1 mark, and a trip to the UK – or indeed anywhere – was a well-thought out consideration and took a good long while to save up the funds required to get on the plane. In the last few years, the currency has outperformed its peers as a result of a strong economy (largely due to the booming mining exports sector), which in turn has meant the Australian dollar is now relatively strong compared to the other major currencies, namely the US dollar, Pound sterling and Euro.

The knock-on effect is that moving to Australia has become increasingly expensive for migrants and visitors, though this situation should be tempered with the knowledge that once you start earning Australian dollars and settle into the lifestyle, it all becomes relative. Furthermore, any money you have left over at the end of your stay (if you are on a terminating visa) or any funds you may realise from your tax return, will thus be transferred into greater wealth in your home currency.

Indeed, many migrants to Australia even find that living expenses such as rent are less as a proportion of their income compared to what they are accustomed to in their native country. Additionally, having a relatively strong currency means that travelling to other countries from Australia, including back to your own, has become significantly cheaper on an Australian income.

The Commonwealth Bank of Australia can assist with transferring your money to Australia, and has a range of products to suit your individual needs and circumstances:

The London Transfer Account
This account gives you access to competitive foreign exchange rates, as well as other products in this area (see below). The only charge on this account is a £10 fee per transfer up to £9,999.99. However, there is no charge for amounts greater than this.

The Commonwealth Bank of Australia allows one to effect a transfer using a range of payment methods, namely BACS, CHAPS, debit card, and cheque.

Get the latest foreign exchange rates on the Australian dollar