Returning to Australia: The downsides of leaving the global fast life behind

FROM THE HOMEFRONT I Top three drawbacks awaiting you at home when you return from London and your travels. 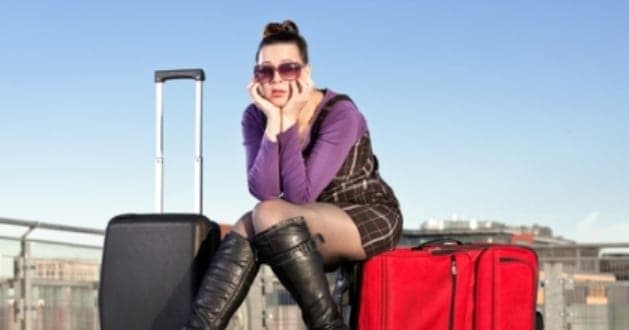 If I had a pound for every time someone asked me about my favourite country, where I worked in the great smog or the dreaded ‘so why did you come back?’, I’d still be sipping Mai Tai’s in St Tropez.

For the record, Switzerland takes the cake, Savoy was where I worked and 15 months was my length of stay. Given what I know now, I’m significantly less convinced about the “why-I-came-back” part.

But what strikes me most is the flip side to the glossy travel snaps and the memories that follow ‘oh-my-gosh-when-I-was-in…’ stories. Namely: what is the downside of post-travel?

1. You lose some friends

It’s no secret that life as you left it is indeed not waiting for you. In fact there’s a viral quote dedicated to the isolation you feel (“everyone is out getting engaged, married or having babies, and I’m…”)

So what’s really going on? Well, for starters, school makes friendships inherently convenient. You see each other every day and you don’t really know who you are in your teens and early twenties, so you gravitate toward the people you know and those who complement your scene at the time.

London calls and your eyeballs get far more than they bargained for; you grasp a new handle on yourself. Suddenly, strands of new culture, solo experiences and new friends magnetise to you and latch on, reshaping and resizing who you are. This is #NBD pre-travel when there’s no distance or time to force separation. It’s like that weight you feel slowly but surely creeping on, yet don’t notice because it’s in your face every day.

The hard truth is that sometimes those things that bound you together and all of those commonalities now just seem insignificant or irrelevant. You grow into different people, and frankly, with no one to blame and nothing concrete to pinpoint the contention, it’s a tough one to weather. You simply must accept you have changed.

2. You have to bite your tongue more than is fair

Of course the pizza was better in Rome. Naturally the road rules were crazier in Spain. Yes, the beaches were more interesting in Ibiza. I know, the snow in Thredbo has nothing on Swiss slopes. Let’s face it: no one else cares.

I come from an industry where networking is everything and relationships will make or break your success; this means I need to listen far, far more than I talk. Everyone has a story and a past. I’ve had to learn to put mine aside and to not get caught in a futile battle of one-upmanship. When someone asks if I’ve been to overseas, I say yes. I want to lead with: yes, I’ve lived in London and California. But as soon as those words are uttered, the conversation turns to me, and what I did, I saw and I discovered there.

When Mary speaks knowledgeably about two days in Prague during her five week Contiki tour, I want to tell her she probably didn’t scratch the surface. When she tells me their stopover to London was unbearably cold in November, I want to ask how many days she waited for the tube during stretches of winter. But if jealously is ugly, then its big sister called One-Upmanship is taking a drink from the same well. Now, I shut the hell up.

3. You’ve pouted: “Everything is so boring here” to the point you believe it

It’s hyperbole but it’s true. But why is it true?

Australia is known for its regulations: there’s no bribing a policeman into turning a blind-eye to your speeding, so there’s no story potential like Zimbabwe. There’s no switching of bars after 1:00am, so forget those crazy nights and bad decisions after fishbowls at the Roadhouse. And somehow beach nudity (not mine), champagne bottles on French streets and strange men selling handbags on Venice steps just would not fly in the land Down Under.

But is Australia boring or did my pace change? The likelihood is that what you’re doing in London, you wouldn’t be doing at home. I don’t particularly want to go from a club in Barcelona at 4:00am to land a 6:00am flight and sprint to work for a 12:00pm shift – it seemed carte blanche in London, but regretfully I think it’d kick my ass here. I knew my days were numbered in Europe so I crammed in countries and quadrupled my average of weekday nights out. The pace picked up and I endured it with youthful enthusiasm because it was never forever.

The irony? Once I settled back home, I blamed its normalcies as second-rate to my left-behind party pace.

I’d barely stacked the space bags and jumped back on Skyscanner (just to browse) before I noticed these three things starting to infiltrate my Australian life. Like broken camera screens, lost iPhones and those uninsurable items you were certain to claim, you know it’s not all glitter and gloss with life on the road. Take it for what it is and be patient; because actually you wouldn’t want life back home any other way.

Read more ‘From The Homefront’ by Nicole Crowley