Practical lessons from a returned Australian

Five top tips for making the move back home to Australia after living in the UK.

by Shannon Crane
in Move to Australia 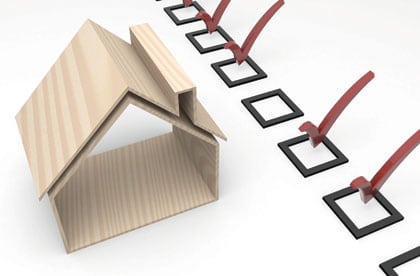 WHEN the time comes to pack up your life and head home to Australia, a million and one things run through your mind.

Everyone is different, but my head was largely consumed by anxiety and excitement; not knowing where I’d be living, what I’d be doing and how I’d be feeling in three, 12 or 24 months’ time was all I could think about. But all expats know that moving countries is about so much more than tears, laughter, fear and returning to your own comfy bed.

An international move requires a lot of boring tasks, too. And as mind-numbing as it is, things like bank accounts and health insurance don’t open and close themselves. In a bid to make this process a little easier I have, with the help of a few friends, compiled a checklist of things to remember when leaving the UK for Down Under. In no particular order, let the fun begin!

Moving your things back to Australia

Choosing which courier service to go with can be as difficult as deciding which Brick Lane curry house to eat at. For this reason, be sure to read the fine print; you wouldn’t just agree to any 10-quid dinner deal without knowing how many glasses of wine are included now, would you?!

And shipping company deals require equal consideration. They might say they ship to Australia from £99, but what does that really include? Most companies do online quotes so that’s a good starting point. When you get your quote, consider the following: Are Customs or Quarantine charges included? Do they pick up the box from your house in the UK? Do they deliver the box to your door in Australia? Do they offer insurance and how much does it cost? How long will your items take to arrive?

I went with Excess Baggage, as I was in no rush to receive my things so I chose to ship them rather than send them by plane. It took around three months. The staff were really helpful and the process was very simple.

Also, before you pack your things, I suggest you read:  Hold onto your coats! Australia’s colder than you remember

I’ve heard of Aussies having trouble setting up bank accounts when they move home. I can’t give much advice on this topic, as I fortunately still had Australian bank accounts so I didn’t have to start from scratch. A friend of mine said: “It turned out that if your family banks with one institution it’s easier for you to also start banking with them (although I’m not sure how common this is)”.

On the flipside, it’s a good idea to keep a UK bank account open – you may be entitled to a UK tax refund so HMRC can deposit your money straight in there and you won’t have to wait for a cheque to arrive in the mail. Also, you may miss Top Shop, River Island and other High Street stores so much that you’ll want to buy some cheap clothes online; when you see the price and poor variety in shops in Australia you’ll understand!

Lastly, make sure you let your UK bank know that you’re going to Australia. I got a rude shock when I went to use my UK debit card to pay via EFTPOS (remember EFTPOS!) in Australia and found my transaction was declined. I called Barclays and after waiting about half an hour (and using up all my mobile phone credit in the process), I was told there was suspected fraudulent activity on my account in Australia. This was after about a month of me regularly using my card. Hmmm…. quick work Barclays! Anyway, moral of the story is that it ‘s best to keep them in the loop. That brings me to my next point…

By now I am sure you know that when you leave a job in the UK you get a thing called a P45 (Does anyone know what the P or the 45 actually stand for?!). I guess it’s similar to the old group certificates you get Down Under.

Similar to Australia, you need to provide a P45 from each of the employers you worked with in order to lodge a UK tax refund. As I discovered, this is not an easy thing to do once you leave the UK. Because I never got the P45 from one employer I couldn’t get the £600-odd return that many of my friends were lining up for. And that little boost comes in very handy when you return a homeless, jobless, poor, exhausted traveller.

In addition to that, there’s no need to get an agency who will charge commission to lodge your return, unless of course you have a complicated tax refund. The P85 is the form you need and this is on the HMRC website. Simply fill it out, follow the instructions then send it back to the UK. Hello much-needed cash!

Remember that little green card with loads of numbers on it? If yours, like mine, is nowhere to be found, don’t worry — finally something that is easily fixed! Simply go into a branch and (providing they still have you on file) ask for a new card. They’ll give you a temporary one to use until the new one arrives. Simples!

Health insurance, meanwhile, can be a little bit more troublesome. Fortunately for me I was smart enough to put my health insurance on hold, which meant I just had to let them know when I was back in the country and my insurance would kick in again without waiting times or anything (I didn’t even realise I had done this, thanks mum for reminding me!).

If you choose not to register for health insurance, make sure you at least get ambulance cover. If in the unfortunate event that you need an ambulance (drunken fall?!) but don’t have insurance, they will charge you hundreds, even thousands. Depending on what state you live in, it can cost just $20 a year to take out ambulance insurance, so it’s definitely a good investment! And while we’re on the topic of insurance…

Travel insurance is probably the last thing on your mind when you’re moving home, but it’s important to think about it. You might have ‘round-the-world annual cover’, like I did, but once you return to Australia that cover becomes redundant. Well, it did in my case anyway. So get that cancelled and be sure to take out new insurance the next time you go on a trip.

Some insurance companies will be ‘kind enough to automatically renew your policy each year for you, saving you the hassle and worry’ (read: we will take the money from your registered bank account automatically). Be sure to let them know that you’ve left the UK and will no longer be requiring their assistance!

Also see:  Don’t leave your UK pension behind if returning to Australia

The information here does not represent either general or specific financial advice.