Pensions and superannuation in Australia

MOVE TO AUSTRALIA | Similar to the National Insurance scheme in the UK, you are required by law in Australia to make a compulsory payment into a Superannuation retirement fund and the state pension. 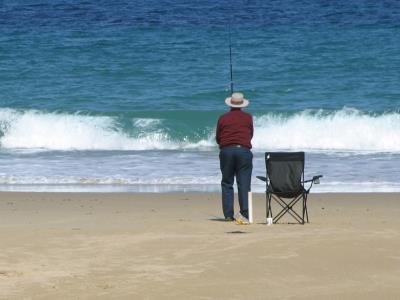 Australia is a country that provides for its citizens, and Superannuation is a government-regulated scheme that achieves this very purpose. When you commence a job in Australia, you will be asked immediately to join a scheme or fund. This can either be a company-nominated fund, or can be one of your own choosing. Let’s look at the detail more closely.

Often referred to as ‘super’, it is a retirement fund paid through employment-related contributions. It is similar to an employee pension fund in the UK; however in Australia, it is compulsory for every worker.

Employers must pay a minimum of 9% of your ordinary time earnings before tax (salary and wages, but not overtime) into the superannuation fund of your choice.

Some employers pay your salary and make an additional separate payment into a fund, but others can deduct the payment from your earnings directly. It is important you are aware which route is taken by your employer. You are also allowed to pay additional voluntary contributions and often employers will match your contribution over the 9% compulsory minimum.

The Age Pension in Australia

When you have turned 65 years of age (and been a resident or citizen of Australia for at least 10 years), you are entitled to an Age Pension. Currently, it is worth $18,512 per annum for single persons and $27,908.40 per annum for couples, but supplements to these numbers are available for people requiring income support.

From July 2017, the qualifying age will increase to 65 years and 6 months, and increase by 6 months every 2 years, reaching 67 in July 2023. This is as a result of an ageing population, which is why immigration to Australia has become such a fast-moving process.

Any awards of the Age Pension are subject to an asset and income test, which simply means that the amount of gross income you earn and any property or item of value you or your partner own (including those held outside of Australia) will be assessed in calculating your pension payment.

SMSFs allow you to control your own superannuation investments, and are thus just another way of saving for your retirement in Australia. You are thus responsible for running it in accordance with the law and administering a yearly audit for the ATO. A concessional rate of 15% is generally applied to the income of your SMSF.

You should think very carefully about setting up an SMSF, as it is a critical financial decision that shouldn’t be taken light-heartedly and perhaps you should speak to your financial adviser. Not only do you require the skills and knowledge to operate one, but you also need to set aside the time to administer it. After all, running a SMSF is exactly the same as running a trust; you are a trustee of your own fund for which you receive a benefit and are thus responsible for it.

Moving your UK pension to Australia

When you move to Australia, deciding what to do with your UK pension is a very important item on your to-do list. There are potentially significant tax benefits from transferring your pension from the UK to Australia, however it should be noted that some of these are time-sensitive, so it is advisable to seek financial advice so as not to pay unnecessary tax.

The funds will also need to comply with the HMRC’s Qualifying-Registered-Overseas-Pension-Scheme (or QROPS) requirements, as well as various other UK laws. The timing of the pension transfer to Australia also has a knock-on effect on how much tax the fund will attract. Generally speaking, transfers within 6 months of moving to Australia are the most tax effective.