MOVE TO AUSTRALIA | Breaches of Australia's 457 foreign worker visa program have been so serious that legislative change will be needed, says immigration minister. 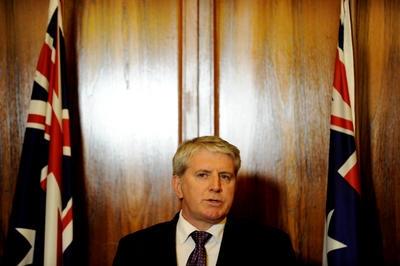 IMMIGRATION Minister Brendan O’Connor says breaches of Australia’s 457 foreign worker visa program have been so serious that legislative change will be needed.

He acknowledged he did not know precisely how many breaches of the scheme there had been, but said it could “exceed over 10,000” cases.

He said he will be introducing legislation when parliament resumes in May to reform the program.

“I am yet to determine what parts of the reforms would be introduced in legislation but I can assure you we will be looking to legislate.”

The figures from the immigration department showed there were 105,600 457 visa holders in Australia in March this year.

“The rate of growth is still continuing,” Mr O’Connor said.

“By the end of the next parliamentary term if it was left unamended, there will be 350,000 new 457 applicants in the country.”

The average base salary for 457 visa holders was $55,000 for accommodation and food services workers and $69,000 for retail staff.