How does the food takeaway culture differ Down Under?

Asian styles of cooking are the most sought after in Australia, but that’s not surprising considering the amount of Asian immigrants who have settled Down Under over the years.

Ever since the first Wimpy diner was opened on our shores during the 1950’s, us Brit’s have developed a taste for fast food. Takeaway restaurants and multi-vendor food websites like Hungry House have allowed us to order food from any cuisine we fancy and get it delivered to our door in just a few clicks. The convenience culture is here to stay in the UK but how does the takeaway culture in Britain compare to Down Under?

Australia boasts one of the most diverse cuisines in the world, drawing influences from its multicultural community. Over the past decade or so, the restaurant business has boomed, with new, top quality eateries opening regularly all over the country’s highest populated cities.

This recent growth in quality restaurants has led to a significant rise in the amount of money being spent on dining out. Fresh produce has always been relatively cheap in Australia, but the popularity of takeaways is still on the up.

This article published in 2010 showed that the amount of money Australians spent on takeaways rose by 23 percent during the late 2000s. “Consumers are increasingly choosing the more convenient and casual dining experience.” Claims economist Diana Mousina, who helped carry out the study.

During the financial crisis, people tried to economise by spending more money in supermarkets and cutting down their dining out experiences. But this didn’t stop people ordering in from their favourite restaurants, so the takeaway sector has continued to grow.

So what is Australia’s top takeaway? Here in England, Indian cuisine has ruled the roost for a number of years, closely followed by Italian and Chinese. Indian cuisine has grown in popularity ever since the influx of Indian immigrants in the 1970’s, and the Chicken Tikka Masala has long been hailed the country’s favourite dish.

It’s a similar story in Australia, just substitute Indian with Chinese. According to this article on LifeHacker, Chinese and Thai food are by far the most popular takeaways of choice in Australia.
Although it changes state-by-state, Asian styles of cooking are the most sought after in Australia, but that’s not surprising considering the amount of Asian immigrants who have settled Down Under over the years. Almost 20 percent of New South Wales population is made up of Asian Australians, with Thai food coming out well on top as the takeaway of choice for that part of the country.  Chinese cuisine is by far the most popular in Western Australian, where Asian Australians make up between 25 to 30 percent of the population.

It’s taken a while, but it looks like the Australian public have become as enamoured by takeaways as we are in Britain. Even a financial crisis hasn’t been able to curtail the rise in takeaway popularity down-under and I don’t see its momentum stopping any time soon. 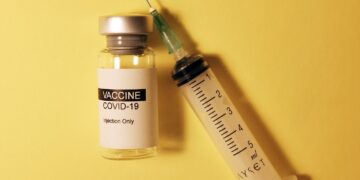