Your passport is covered in stamps, you've met people from all over the world, and you now know what it feels like to be truly free. And after all of that you get on a plane and go home. Now what do you do? 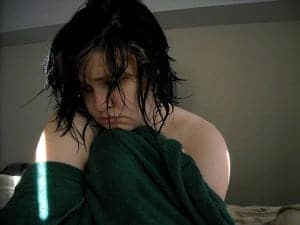 THIS generation cops a lot of flack about our inflated sense of entitlement. In fact, a few weeks ago the Huffington Post went as far to slap an all-encompassing acronym across our poor entitled foreheads: GYPSYs — Gen Y Protagonists & Special Yuppies. Frankly put, it’s a unique clan of yuppies who has been raised to expect the world and enter centre stage as main character of a very special life story.

Is it an insult to the generation? If ‘entitlement’ equates to material worth, promotions without merit, raises and fast cars; then that’s one thing. But perhaps the biggest sense of entitlement we embody comes from the knowledge that the world is flattening, our passports are there for the stamping and foreign borders are there to be crossed. The result? Personal fulfillment is born.

Personal fulfillment is benchmarked with every new trip, border stamp and cultural immersion. And it’s this fulfillment that is far more valuable to Gen Y than material or hierarchical entitlement. Why is this a problem? Because once we know it exists, it’s impossible to live without.

So you go overseas. You sip mulled wine strolling authentic European Christmas markets. You find commonalities with beautiful friends whose fourth language is English. You learn the value of your dollar and the immense safety of cultural comfort zones. Now you’ve skydived in Switzerland, felt threatened in Egypt and naÃ¯ve in Dubai. And finally, (because reality is a cruel awakening), you’re on a plane back home.

The first week is reassuringly as expected. Family cuddle your ego with declarations of love, there is genuine buzz surrounding your return and everyone seems interested in thousands of Kodak snaps. But the world starts to shift under your feet and it’s hard to decipher if it’s indeed you or everyone else who seems to have changed.

Then the Gen Y gene blasts you full throttle: Why is everyone being so difficult? Why isn’t anyone asking about Berlin or Barcelona anymore? I’m being misunderstood. Why would I want to go to Charlie’s Pizza when I’ve been to Rome? And why the hell is a soy cappuccino $4.50?

You borrowed your time overseas and now the reality — life — appears to be offering what can only be described as a lower sense of fulfillment. Australia floats 17,000 kilometres from Buckingham Palace, Swiss Alps and those crazy British friends. You don’t think there’s anything within reach that will fulfill you in quite the same way; you already know the lay of the local land. So you head online for more visas and SkyScanner your heart out. With your door slammed shut.

Skip forward past the tantrums, tears and misguided fights (we all know they’re a given) until you reach a resemblance of settlement. Part of fighting the instinct to settle is about feeling disloyal to your travels. Once you file your photos and throw your heart and soul into re-assimilating with work life, routines, savings accounts and dropping the ‘when-I-was-in-Paris’ anecdotes, what happens to the nomad life you left?

Once you get over yourself, you realise you’re actually in an incredibly fortunate position. You know how big the world is and how much you indeed don’t know yet. You know there’s so much to learn, tolerate and conquer. Channeling your focus to what you’ve learnt, as opposed to what you’ve left behind is the key to post-travel survival. Comparison is the devil. Sure, not everyone wants to see your photos and sure, it’s irritating when those who’ve never been to Ibiza tell you Sydney clubs are packed. But it doesn’t entitle you to correct every misconception or belittle those who are yet to jetset.

Of course you’ve changed; your eyeballs have been exposed to more in a year than in the last twenty-three. Does it mean anything pre-travel is unfulfilling? No (that would be very Gen Y of you). So before you write off home as a toxic bore-spot, plagued with those less cultured than your travelled self, don’t benchmark yourself just yet. Move your mindset from equating ‘settling’ as ‘stopping’ and concentrate on filling your new life with more than it had before. Your friends are your core; but now you know how (and the value) of filling your life with new people. Your family home is a haven; and now you know how to also be independent.

Life after travel is inevitable and it’s there for you to tackle. Don’t take yourself too seriously. You’ve budgeted with the British Pound; you can do this.