MOVE TO AUSTRALIA | The Australian government aims to further increase skilled migration with changes coming in to effect on 1 July 2012, including the SkillSelect initiative. 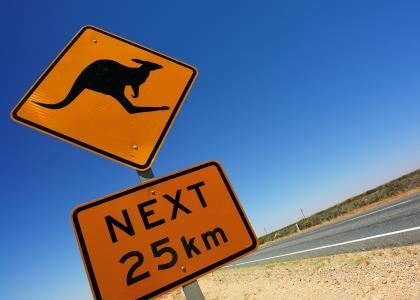 IN the 2012-13 Australian Commonwealth Budget announced in May, the government had good news for those hoping to migrate to the country.  The financial plan outlined a targeted increase in numbers accepted on the Migration Program to support Australian regions and sectors with acute skills shortages.

The standout feature of the Budget was an increase of 5,000 places in the Migration Program from 185,000 places in 2011â€‘12 to 190,000 for 2012-13 made up of 129,250 skilled stream places, 60,185 family stream places and 565 special eligibility places.  Minister for Immigration and Citizenship Chris Bowen MP said the increase “comes in the context of significant skills gaps in both the short and medium term in certain sectors of our patchwork economy” and that skilled migrants “are complementing rather than competing with our domestic labour force.”

International removals company, Anglo Pacific, has already noticed a surge in enquiries for Australiain 2012, up 15% to date for the same period in 2011.  The Company attributed this rise to the Australian Government’s other latest initiative — SkillSelect.  Combine this with the increase in allocations on the Migration Program and Anglo Pacific could be in for a very busy year shipping personal belongings down under.

Jason Diggs, Sales Director for Anglo Pacific, the UK’s largest independent international removals company, said “With the knowledge that SkillSelect, a new invitation-only visa system with no guarantee of permanent residency, is coming into force on 1 July 2012, we’ve had a rush of interest from applicants using the old points criteria while they can.  They will be further encouraged by the fact that there are now more places on the Migration Program asAustralia endeavours to meet genuine skills needs rather than just paving the way for those who simply wish to live inAustralia for its climate and way of life.”

“I would consider it to be good news, especially for our keyUKsource market, that the Government has increased the number of skilled and family places available to migrants.

“The Australian Migration Program will undergo significant changes from the start of the 2012-2013 year on 1 July 2012, particularly to popular employer sponsored visa types.  Those interested in working temporarily inAustralia will see a newly defined pathway open to permanent residency, whilst those who would like to migrate permanently must access a new, online portal called SkillSelect, which will function as both a checkpoint for the Department of Immigration and a recruitment tool for Australian employers.

“SkillSelect will reduce processing times and better match skills with needs.  The future is bright for Australian migration and good advice is more valuable than ever.”

For more information and to register on SkillSelect, visit: www.immi.gov.au/skills/skillselect