New research revealed that the Australian population consists of people born in more than 252 places. 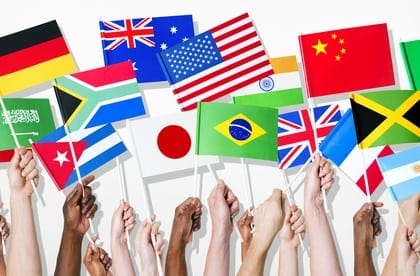 While most Australian’s are Australian-born as many as 900,000 of the people living Down Under were born in the United Kingdom and 483,000 people list their country of birth as New Zealand.

In an article, published in Australia Immigration this week, it is not only people coming from the more obvious countries that are responsible for Australia’s variety, but migrants from a number of smaller nations have also contributed greatly to Australia’s diversity.

The findings are based on the People of Australia report which was prepared for the Research Advisory Committee.

The report includes the 11 people from the tiny Portuguese speaking Sao Tome and Principe – a tiny island in the Gulf of Guinea.

The People of Australia report shows that English is the most commonly spoken language in Australia and is followed by 1,5% of the population speaking Mandarin. One percent of the Australian population speaks Italian, Arabic, Cantonese, Greek and Vietnamese.

Interestingly, the growth in the numbers of users of the Seychelles Creole language increased by as much as 3,800% between the 2006 and 2011 Australian censuses. This meant that the 18 Creoles living in Australia in 2006 had grown to 702 by 2011.

The article quotes Immigration and Border Protection Minister Scott Morrison as saying that: “We are a wonderfully successful and cohesive modern immigrant nation that has welcomed those from across the world to become part of the Australian story.”

“It should be a source of great pride to all Australians that we have been able to unite from all parts of the world in a modern, cohesive and successful nation. This snapshot shows how far we have come to shape the way that we manage our challenges now and into the near future.”