Will Gen Y sink or swim in Submerge?

INTERVIEW | Submerge is a new Australian film which explores the pressures facing Gen Y. It is screening as part of the 27th BFI London Lesbian & Gay Film Festival on Tuesday 19 March 2013. 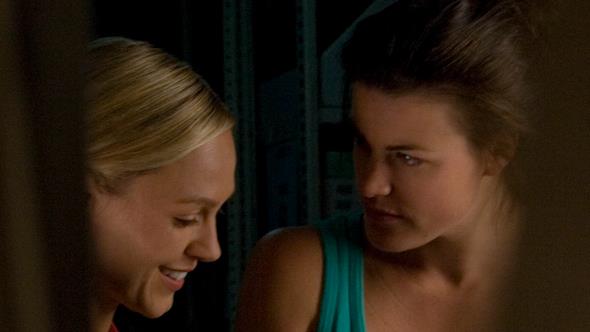 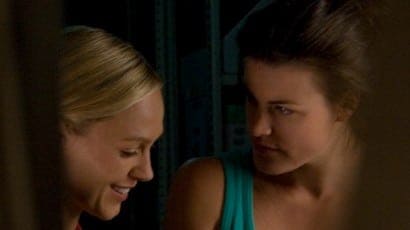 GEN Y has been the subject of much debate over the years. You either love us, or you hate us. One day we’re an asset, the next we’re a burden. Our lives have inspired writers, musicians and now filmmakers.

Director and co-writer of the new Australian film Submerge, Sophie O’Connor believes, “heaps of people say that Gen Y are all really lazy and I actually think the total opposite of Gen Y. I think they’re really smart. They want it…they see the opportunities out there and they’re not afraid to go and grab them.”

O’Connor explores this more favourable side of the generation in the film, which follows Jordan, a young woman with a strong desire to get what she wants.

The film also examines the risks associated with both the societal and self-inflicted pressure to succeed. The potential consequence of living a life under this pressure can be quite soul destroying, as Kat Holmes, the producer and co-writer of the film suggests.

Kat says Jordan as a character is very much the second.

“She’s always pushed herself and now she’s going down that route and pushing herself into more and more extreme situations as a way of beating herself up for not getting everything she wanted,” Holmes says.

The more extreme situations involve Jordan engaging in the subculture of fetish and anonymous sex. When asked how audiences have responded to these scenes, O’Connor says, “a lot of people identified with it. Doing something really stupid, probably something you are going to regret, but a means of making things stop.”

Nine years since it was originally conceived, Submerge had its world premiere in March at the ‘First Time Fest’ in New York, and has recently had its European premiere at the BFI as part of the 27th BFI London Lesbian & Gay Film Festival (LLGFF).

For O’Connor and Holmes, who are both first time feature filmmakers, their “baby” a term used by Holmes, has been well received.

“So far the feedback we’ve got has been really positive.”

One stand out feature of the film is its soundtrack.

“Music is a major passion of mine,” O’Connor explains. “I was a musician before I was a filmmaker and so music is heavy in the film’s soundtrack.”

The soundtrack contains only Australian artists.

“They’re all independent. Some of the work has only just been released or is about to be released. It gave it that really contemporary quality, which is what I always wanted it to have,” O’Connor says.

Despite being shot on location in Melbourne, and the exclusively Australian soundtrack, the film itself crosses borders and cannot really be labelled as a quintessential Australian story. This should be seen as a credit to the filmmakers.

“Talking to some people last night after the screening who were expats who had been here for about 10 years the one thing they said that they enjoyed was the fact that they recognised Melbourne but that they didn’t think it was a real Australian film,” O’Connor says.

The film’s global reach is further emphasised by Holmes whose desire it was to “portray things that are happening in the world and turn them into an entertaining and interesting story that people everywhere relate to.”

The film will have its Australian premiere at the Melbourne Queer Film Festival in the coming weeks. Following that the film will screen at a number of festivals throughout the world — from North America to Europe, through to the Middle East. A general release of the film is planned for the end of 2013.