Talk about laying down the LaWS. After months of in-service testing, they have pretty much got this thing working properly. Watch the US Navy fire their shiny new "laser" gun. Yes, seriously!

This laser gun, called LaWS, as in ‘laser weapon system’ (Why not something like energy laser beam of absolute awesomeness, or ELBAA for short?) can be seen here disabling a speedboat approaching the USS Ponce, with no actual visible beam.

That’s right kids, you can geek out now. The US has been testing this bad boy in the Persian Gulf for months now and it’s doing exactly what they want it to… blowing sh*t up! Well, they were a bit more measured in their response, saying that it’s range and durability is impressive (yawn). 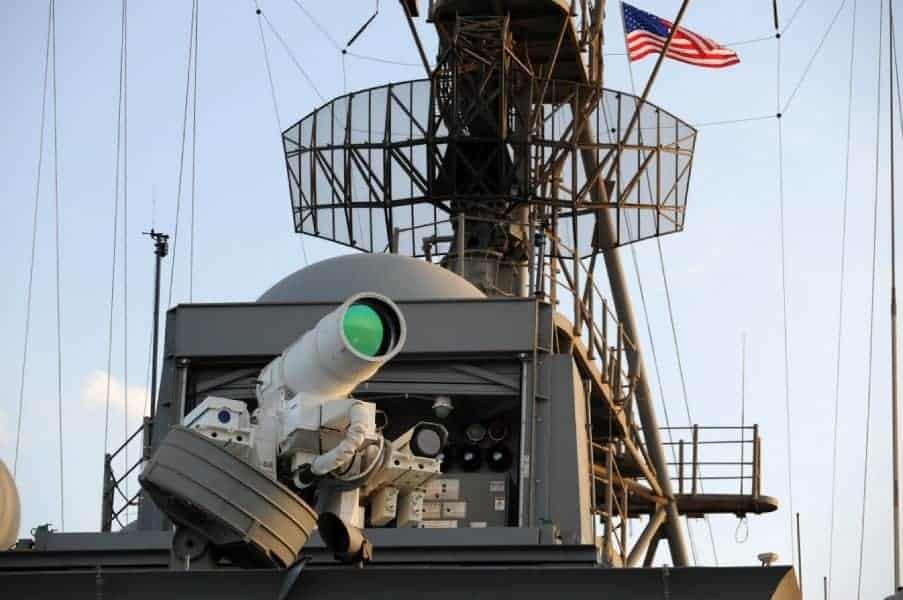 LaWS has been a project in the making for a few years now. In 2011 it destroyed a few small boats when it was tested from a navy destroyer, and in 2012 it knocked out several aircraft. Only recently, however, did they put the 30 kilowatt gun into real combat mode. In terms of durability, the machine has withstood a sandstorm in the Persian Gulf, with almost no damage and losing no alignment.

Perhaps the biggest deal about this laser is the cost factor. While they’re certainly not cheap to build, it costs a mere US59 cents to fire, making it cheaper than almost every other form of weapon to operate. All the other bits that make the LaWS work, like generators and cooling systems can easily be fitted to the ship it operates off. And that’s another thing… this baby can be fitted to almost any navy vessel. 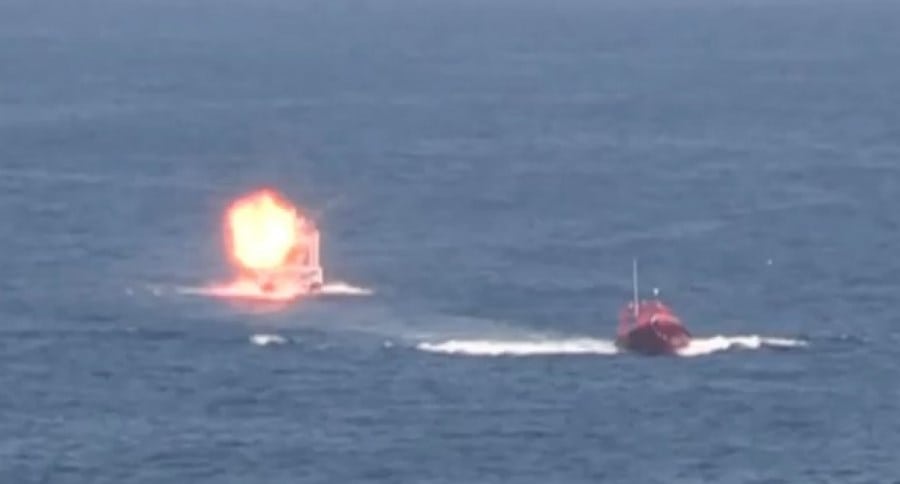 The US Navy is already working on more powerful versions of the laser — a 100 kilowatt and 150 kilowatt version will be available soon — and are fully capable of rolling these out for combat purposes, as soon as the red tape surrounding this new form of weaponry is sorted out by the Pentagon.

Now, conspiracy theorists, calm yourselves. They’re not going to be blowing up cities or the moon or anything like that… not yet, anyway.