The end of the world is nigh: PM Gillard confirms apocalypse

Whilst NASA seeks to reassure the world the apocalypse is not on its way on 21 December 2012, back in Australia our own Prime Minister fears the worst and tells concerned viewers “the end of the world is coming”.

by Alex Ivett
in Video 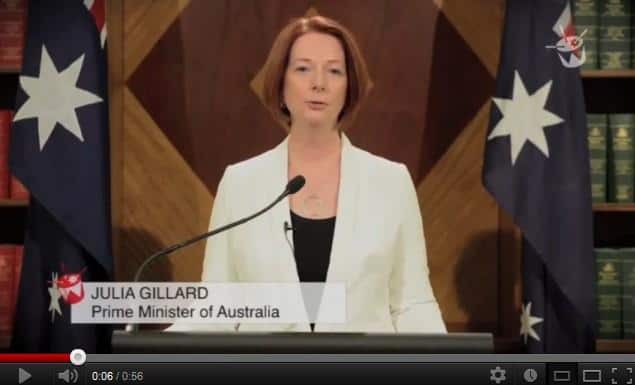 To many, 21 December 2012 may be no more than another day in the lead up to Christmas. A day to make sure the last of the Christmas shopping is done, the turkey bought and the tree decorated. To others, 21 December 2012 will mark the possible end to civilization as we know it.

Popularised by the disaster epic 2012, there is a phenomenon sweeping the globe that suggests the end of a 5125 year long cycle in the Mayan calendar on 21 December will also bring about the end of the world.

Now, it seems, our own Prime Minister Julia Gillard may be among the believers.

In a video recorded for Triple J, the PM tells concerned viewers that yes, the world is indeed about to end.

“My dear remaining fellow Australians the end of the world is coming,” Ms Gillard said.

“It turns out the Mayan calendar was true.”

Just what exactly will cause the end of the world is still under debate on the internet. Proposed theories include a collision with a planet called ‘Nibiru’, giant solar storms or the reversal of the Earth’s rotational pull.

In her video message Ms Gillard suggests some further options.

“Whether the final blow comes from flesh eating zombies, demonic hell beasts… good luck to you all,” she says.

Although obviously a tongue-in-cheek message to her countrymen, there are many who are genuinely concerned about the imminent apocalypse.

So seriously are these doomsday predictions being taken that NASA (National Aeronautics and Space Administration) scientists have hosted a Q&A on their website in an attempt to debunk the myths.

Titled “Beyond 2012: Why the World Won’t End” the statement seeks to reassure readers that 21 December won’t be the end of the world as we know it.

“Our planet has been getting along just fine for more than 4 billion years, and credible scientists worldwide know of no threat associated with 2012,” NASA says.

“There are no planetary alignments in the next few decades and even if these alignments were to occur, their effects on the Earth would be negligible.”

NASA also says there is no planet called Nibiru or Planet X that is approaching earth, and if there were such a planet “it would be visible by now to the naked eye”.

NASA have also produced a YouTube video with David Morrison, NASA Space Scientist, confirming “there is no threat to Earth in 2012”.

Come 21 December we’ll know once and for all who predicted correctly: the Prime Minister or NASA.

What Sony Pictures Home Entertainment thinks the end of the world would look like for Sydney: 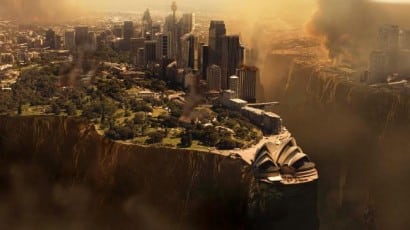