WATCH: Having trouble with rowdy rebel scum and a stubborn, feral Senate? Time to call in The Fixer. Also, that thermal exhaust port is probably worth a look at.

Trouble in the Senate? Australia’s education minister Christopher Pyne has dealt with it.

That master of YouTube movie mash-ups, Huw Parkinson, has been at it again; this time channeling his editing and splicing dark force to bring us Star Wars: Fixed.

At a meeting of Imperial commanders aboard the dreaded Death Star, Chris Pyne stares down his cabinet colleagues over concerns that the rebels have found a weakness and may exploit it. But the Emperor has nothing to fear, because Chris has “fixed it”. 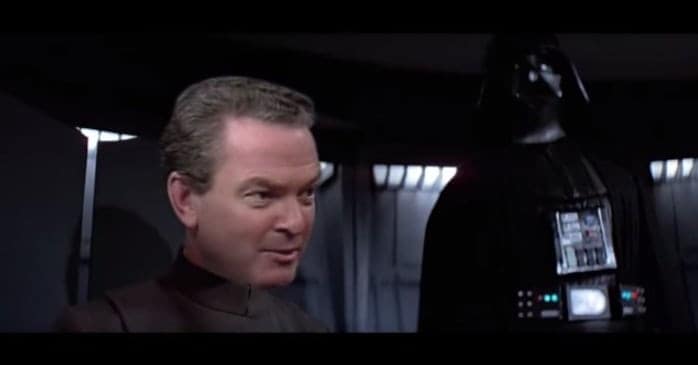 We aren’t sure who’s more terrifying; the education minister or Lord Vader.

We look forward to the upcoming sequels: The Abbott Strikes Back and Return of the Turnbull. That prequel The Phantom Leadership Spill was a total dud though.