Star Wars Downunder: Strewth, the Force is strong with this fan film

Forget Star Wars 7, mate. This is the instalment we’ve been waiting for and it’s a fair dinkum, bloody beauty. 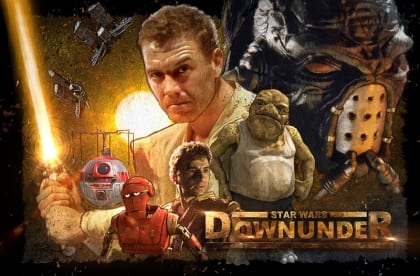 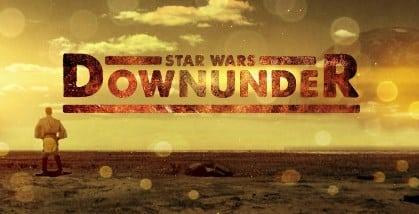 The hype for the new Star Wars Episode 7 film is already at maximum warp. While the debate between diehard fans rages about whether JJ Abrams’ take on the space opera phenomenon will reach the lofty heights of the much adored original trilogy or scrape the barrel of prequel bantha poodoo, a plucky band of Aussie film making misfits have released their own addition to the saga … And, fair dinkum, it’s a rippa!

Star Wars Downunder puts some Aussiness right up the clacker of that galaxy far, far away. Billed as an epic tale between the good, the bad and the thirsty, in it we join larrikin Jedi Merv Bushwacker, his trusty droid X4-VB, sidekick Burko and old mate Nugget as they set out to liberate the Amber Fluid from the evil clutches of Darth Drongo and his minions.

To view the film in its entirety, slide down to the YouTube jump at the bottom of this page.

Written by Michael Cox and Bryan Meakin, also directed by Cox, the 30 minute movie has been 10 years in the making. Star Wars Downunder is a yarn full of tragedy, hope, all the wit and humour that was missing from the official prequels and some seriously good special affects for a Star Wars fan film made for love, not money. 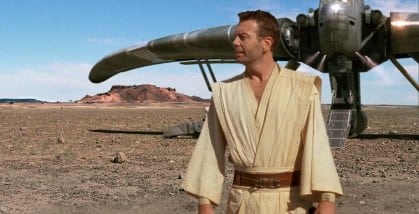 Star Wars Downunder was originally conceived as an entry into the Official Star Wars Fan Film Awards. With the rise of DIY digital movie technology (something Mr George Lucas himself can take a lot of credit for) Star Wars fan films have become so prolific that they are considered their own genre. Lucasfilm overlooked the obvious copyright infringements so long as the films were never made for profit. The company even sponsored the annual awards, which came to be called the Star Wars Fan Movie Challenge. However, by the time of the completion of Star Wars Downunder late last year, the awards had become defunct (ceased right about the time Disney purchased the Star Wars franchise from Lucas — a disturbance in the Force, huh Mickey?).

Unperturbed, Aussie battlers Cox and Meakin finished the project. They took to showing their short film for charity in Brisbane and of course released it on the internet where it is quickly building up a cult following of its own.

The Aussie Star Wars has even been hailed by some experts on the fan film genre as its best example. Under the headline ‘Behold The Greatest Fan Film Ever’, Jason Motes on ScienceFiction.com said: “Despite the comedic bent, this film will just blow you away with the amazingly realistic special effects, an army of extras, amazing battle field choreography, flawless costumes and just overall incredible production values.” 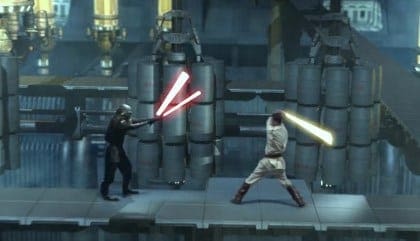 Star Wars Downunder is great fun because it’s not bogged down in geekiness. It isn’t beholden to the format and strict lore of the original Star Wars films and universe, like most other fan films and indeed Lucas’s own prequels. Instead the movie’s makers simply took the Star Wars universe as a loose template. Fair enough, anything that apes trans-galactic politics and pseudo eastern philosophy with mates, donks, lightsabre-boomerangs and beer is surely going to be an absolute hoot; but SWDU actually captures the pace, joy and verve of the original trilogy. This is why it works. JJ Abrams, please take note — the Force really is strong with this one, mate.

Watch Star Wars Downunder in its entirety via YouTube at the top of this page (open it up in all its full-screen glory; oh and crack a cold one for the ride) or go to swdufanfilm.com to get your full swill. For non-Australian viewers: don’t forget to switch on the captions option so all the fair dinkum, you beauty, sweet Aussie lingo is translated for ya.

What do you think of the film? Can the forthcoming Star Wars Episode 7 live up to this cracker?

Leave your comments below. And may the Amber Fluid be with you, always …