Viral craze: Men who stare at goats on YouTube

Up until recently ‘Goat’ and ‘Gotye’ were two terms with no obvious association. However, with the latest viral video craze sweeping YouTube, goats have now found themselves prominent stars of his new clip "Somebody That I Ewes To Know".

by Thomas Jones
in Video 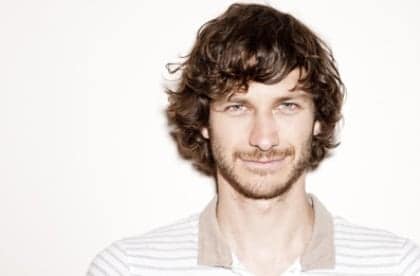 GOTYE’S ‘Somebody That I Used to Know’ has been covered, remixed, mashed up, and parodied. It’s been sung acoustic, a cappella, in a choir and in different languages.

Now the worldwide number one hit about a messy break-up has been given the royal ‘goat’ treatment.

In the latest viral trend, thousands of users have been splicing footage of wailing goats into popular music videos and uploading them on YouTube.

The original clip, where Gotye and Kimbra had a geometric pattern painted on their bodies, now features footage of a white goat behind a fence, bleating.

The idea first appeared in 2010 with a short montage of Oprah introducing famous guests, neatly edited with footage of a bleating goat.

The idea has recently been revived and has gone viral, with many clips receiving millions of views.