Famous newsreader, Ron Burgandy, aka Anchorman, has weighed in on the Australian federal election, recording a short video of support. 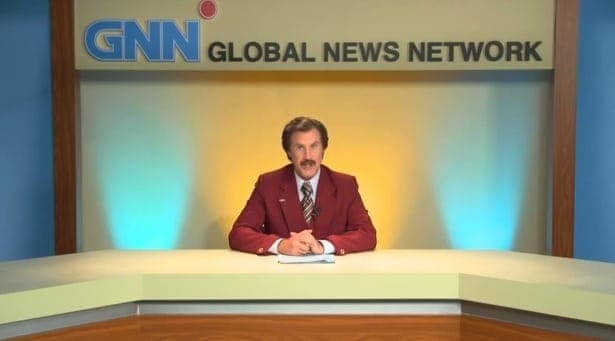 FAMOUS newsreader, Ron Burgandy, aka Anchorman, has weighed in on the Australian federal election, recording a short video of support.

As the nation heads to the polls tomorrow, Ron Burgandy (actor/comedian Will Ferrell) has sent a special shout-out to the people of Australia.

“Well Australia, while the battle of the titans has come to an end, we will never forget the mental fisticuffs in which Kevin Rudd and Julia Gillard were engaged,” says Burgundy in the YouTube clip uploaded by Paramount Pictures on Friday.

Burgandy pays tribute to a prominent feature of the past few years of Australian politics — Tony Abbott’s budgie smugglers.

“We laughed, we cried, we became distracted by Tony Abbott’s banana hammock.

“Well, I certainly did.”

Burgandy signs off the video with a trademark flourish.

“And we forgot a Labor Party ever existed: good times Australia!”

Anchorman 2 is out later this year.