Ali McGregor, renowned Australian cabaret and opera singer is doubling the fun at the London Wonderground this September. She is bringing her famous Late-Nite Variety-Nite Night to the Spiegeltent, as well as premiering her solo show, Alchemy. 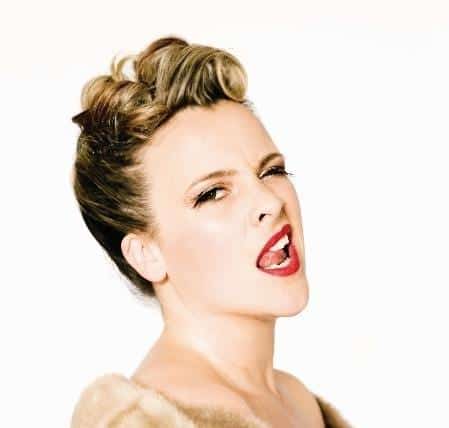 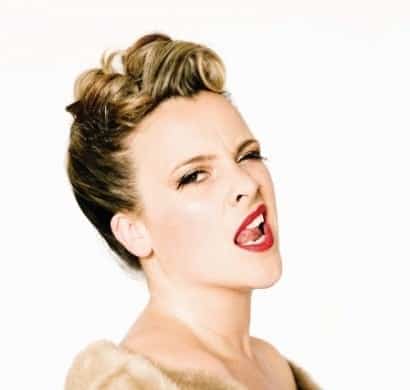 NO arts festival is complete without Australian songstress Ali McGregor.

Ali’s Late-Nite Variety-Nite Night has been a long time favourite at Edinburgh Fringe, Adelaide Cabaret and Melbourne Comedy Festivals. Showcasing the best of the fest, Ali acts as master of ceremonies in this cultish mix of cabaret, vaudeville and comedy acts.

“I sit on stage, and just watch proceedings and introduce people. It feels like a soirée in someone’s house. There’s a lot of interaction between people, which is always nice and makes for a really unique evening,” Ali tells Australian Times.

Ali recently played host at the Edinburgh Fringe, where she says the line-ups were been incredible. This month she will be bringing her much-loved variety show to the Spiegeltent at the London Wonderground.

“I’ve got Mannish from Frisky and Mannish, who’s going to be my butler and general dogsbody. There’ll be a top stand-up comedian, a top cabaret, and a top burlesque performer.

“It’ll be a really fun night.”

Also playing at the Wonderground, and making its London premier, is Alchemy, Ali’s solo show. As one of Australia’s most versatile singers — her vocal range spans almost four octaves ­— Ali uses this performance to combine two of her musical loves.

“When I first started singing I was introduced to Jazz, music of the 40s and 50s, and the great American songbook. I love that style of singing, and that’s what led me into singing in the first place,” Ali says.

At the same time, growing up in Australia, Ali was watching TV programs Rage and Video Hits, and became more immersed in pop music.

“I thought it would be great to get those pop songs, but then do them in the style of music I love. Give them a bit of a jazz makeover.

“The term Alchemy has come from the idea of turning trash into treasure. Turning what many people think of as just throw away pop songs, and giving them a bit of class.”

Accompanied by the finest jazz musicians, she creates unique versions of hit songs from the 80s and 90s: think Oops I Did It Again by Britney Spears, Song 2 by Blur, Push It by Salt-n-Pepa, Firestarter by The Prodigy, and Barbie Girl by Aqua. No genre is off limits.

“They were all the songs I loved, and knew every word to. Most of them I found out later I knew all the wrong words,” she admits.

“He’s incredible. Sometimes he just looks at me as if ‘what on earth are you making me do’. He listened to The Prodigy songs and went ‘I have no idea what you want me to do with these.’

The end result — the songs that did work ­­— has proven a hit with audiences around Australia, and at last year’s Edinburgh Fringe. By listening to new arrangements of familiar songs, and of course Ali’s incredible voice, people have discovered a new love for these tunes.

“There’s also people who come to the show who don’t know any of the songs and it’s been great getting feedback from them saying that they didn’t recognise any of the songs, but that they really loved them,” Ali explains.

“I love the idea that someone could come and be presented with these songs as though they were original to a certain extent, seeing them for the first time, and taking them at face value and not from references of the past.”

Following her shows at the London Wonderground, Ali is returning to Australia to give birth; she is six months pregnant. Beyond that, Jazzamatazz, Ali’s song-and-dance show for kids, currently proving very popular at the Edinburgh Fringe, is hot on her 2014 to-do-list.