The Edinburgh Fringe is a chaotic place that is bursting at the seams with every kind of performance art that you could possibly imagine. To help navigate, POPPY DAMON has prepared a list of the top ten Australian acts performing at the festival. 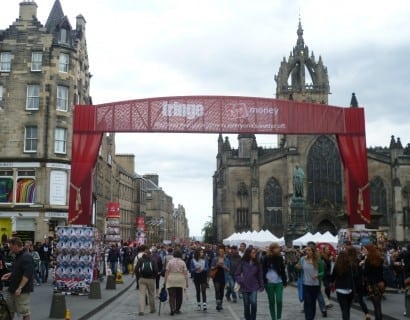 HEADING up to the Edinburgh Fringe is like popping into a fancy Bottle-o and trying to buy some Shiraz: overwhelmed with choice, it’s sometimes best to look for the one with the map of Australia stuck on the label and hope for the best. We have scoured the mass of incredible acts at the Fringe to find you our top ten Australian shows appearing this year.

Adam Hills is probably the most well-known Australian entertainer to grace British shores since Kylie Minogue, and has quickly made an impact on UK audiences.  Shooting to fame as host of Channel 4 program The Last Leg, he is now performing an hour-long set at the Fringe’s Assembly Hall which is not to be missed. 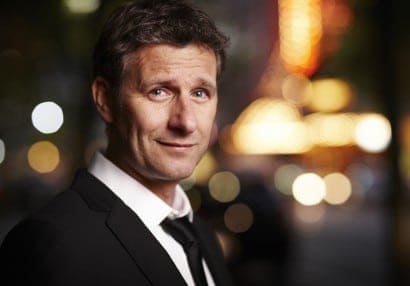 Claudia O’Doherty is an incredibly off-beat, and wacky Aussie performer, and her latest show promises ‘horror, amazement, learning and of course, Jeremy’s Hour’. Last year she was proclaimed one of Edinburgh’s Comedy Award nominees and, no doubt, she will have a jam packed hour for her fans this year. Grab a ticket to see her at the Pleasance Courtyard.

On first glance the title of this play may conjure up scarring flashbacks of Olivia Newton John in a pink sweat band, but the show is in reality an award winning troupe travelling from Western Australia to present its offering to the Fringe. Recently nominated Best Play in Western Australia, this is a comedy about a couple ‘inflicted with a truth-telling disease’, and the trials and tribulations of a new and fledgling relationship. Check them out at C-Venues. 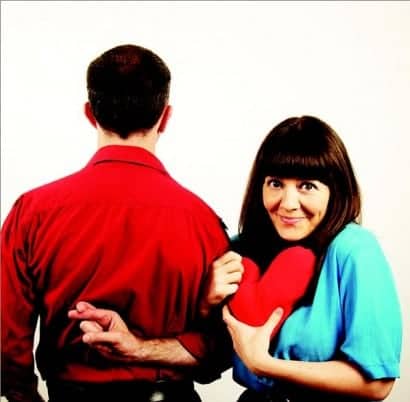 Stamped with a hefty 18+ rating, this brand new show by Kieran Butler, does what us Aussies love most: takes shots out our own country. With the promise of stand-up and musical comedy in his fifth year at the Fringe, this will undoubtedly be a great night to meet fellow expats at comedy venue Laughing Horse @ Jekyll & Hyde. Buy your ticket, with the guarantee that you will actually get all of the jokes and even understand the accent.

This one certainly looks weird and wonderful. If cabaret, glitter and Goths are your thing you should see this show, which finds a home this year at C-Venues. Or perhaps you simply want to see what happens when stand-up, cabaret and comedy have a love child.  Promising to cater to those with short attention spans, it really wouldn’t be a Fringe experience if you do not check out some of the Cabaret, and what better way than seeing some Aussie talent in the form of Lisa-Skye. If the title alone doesn’t get you giggling, check out their bio on the Fringe website.

If LadyBoner sounds a little scary, maybe head down to see an Adelaide troop, presenting their show Champagne Cabaret for some bubbly instead. Coming off a sell-out season at Adelaide Fringe, OzCabaret will be performing in the heart of Edinburgh’s Old Town at The Hispaniola. Promising that audiences can expect ‘five delicious sparkling wines paired with famous wine songs from Morrissey, Waits, Queen, Bublé and more’, though we’re not entirely sure how the wine is served, or what to expect on this one, its rave reviews and its guarantee of free booze should be enough to spark your curiosity like it has ours, we will see you there!

Adelaide-based theatre production company Binka Boo bring you a not-so-classic love story at C-Venues. To be quite honest, their bio does not give too much away, but this fresh new piece could be a risk that fantastically pays off. If you like Doctor Who or can’t get enough of Han Solo this show promises to be for you.

Do you like puppetry? Animation? How about live performance? Even if you don’t, this may be the ‘grand epic western’ for you. Hailing from Perth, Tim Watts, Arielle Gray and Chris Isaacs are the team behind the multi award-winning The Adventures of Alvin Sputnik: Deep Sea Explorer – also on at this year’s Fringe. In It’s Dark Outside they bring you an exciting and unique piece of theatre, to be performed at Underbelly.

For humour that is a little dryer and a tad more observational, try Melbourne-based stand-up comedian and performer, David Quirk. With show names like The Day I Ate Wombat, Quirk can often imply he’s …err quirky, but expect more traditional (though by no means dull) stand up from Dave,  performing at the Pleasance Courtyard.

Felicity Ward is easily one of the most likeable comedians that Australia has to offer. With the description ‘She’s putting her cards on the table and her dick on her sleeve’ Ward promises a typically-Australian, unpretentious set jam-packed with puns. Head over to Underbelly in Bristo Square for guaranteed laughs.

Best of the Rest

In Vogue: Songs by Madonna

Australian musical theatre performer Michael Griffiths channels a more talkative and stripped-back Madonna in his one-man cabaret show at The Boards at The Edinburgh Playhouse.

With his show that wowed crowds at Edinburgh last year, and helped him win Best Newcomer at the Melbourne International Comedy Festival 2012, Matt Okine is back to where it all began with a string of hilarious, skilfully crafted, vibrant performances.

Another hilarious newcomer Ronny Chieng shared the award for Best Newcomer at the Melbourne International Comedy Festival 2012 with Matt Okine. With a bold matter-of-fact style, Ronny doesn’t care if you like him, just as long as you laugh.

Comedy you will love, or hate. Laugh hysterically at, or sit silent in puzzled bewilderment. The makings of a cult classic, Dayne’s won the awards to back up the buzz: Runner-up in So You Think You’re Funny 2011; winner of Raw Comedy at the Melbourne Comedy Festival 2011. Check it out to see the show everyone will be talking about.