REVIEW | Benedict Andrews directs his version of the classic Russian play, Three Sisters by Anton Chekhov, at the Young Vic. 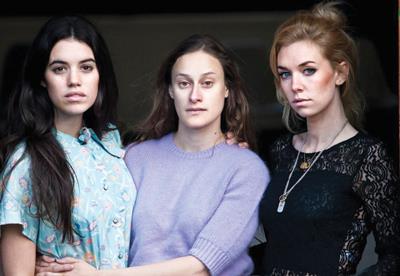 BENEDICT Andrews, one of Australia’s most feted theatre directors of the moment, is having a sizzling 2012 in London. Having recently staged Big and Small at the Barbican, featuring Cate Blanchett, Andrews is now directing his own version of the Russian classic, Three Sisters by Anton Chekhov, at the Young Vic.

The Adelaide-born director seems to enjoy shaking up the theatre establishment.

“I would rather my work polarised audiences than anaesthetised them,” Andrews told the Sydney Morning Herald in 2010. And this current production certainly polarises; in the cramped foyer of the Young Vic theatre departing audience members could be heard praising and condemning the performance as they popped open umbrellas and disappeared into the rainy September evening.

The Three Sisters – Olga, Masha and Irina – are spirited young women living with their brother in a remote Russian village. Drunk doctors, earnest schoolteachers and libidinous army officers are the only human company. The sisters dream of a fuller existence in Moscow but never reach the bright lights.

The staging is the night’s highlight. The action takes place on top of small, square, grey tables. From Act Two, stagehands start removing the tables one by one. Just as the characters’ lives begin to crumble before them, so does their stage and their world come undone. Ultimately, the empty space reveals a large pile of dirt, or, one suspects, something more unpleasant. The foundation of these characters’ lives has been nothing but dung.

Andrews’s version is often fun but not always coherent. There is a clash of epochs when a solider can take a group photo on his iPhone, but a wife doesn’t even think of divorcing her unsuitable husband. The play’s original sense of sad longing and unattainable happiness rings less resonantly in Andrews’ Russia, where the young head-bang to Nirvana, than in Chekhov’s time in which class distinction and the role of women were mobility straightjackets.

When the sisters come to the realisation that their dreams are dust, they console one another through dialogue that would embarrass even the worst screenwriter for The Bold and the Beautiful.

“We have to live,” they say tearily from atop their mound of dung. It’s a cute bit of staging but not as poignant as it should be. I found myself looking around to see whether or not other audience members were sniggering along with me.

Perhaps that’s the problem. The play’s timeless atmospherics should be capable of reaching into 2012 London. People today are as bored and unhappy as ever. But Andrews’ version awkwardly straddles the two worlds; Chekhov’s imperialist Russia and Nirvana-singing modernity.

Yet many positive reviews of Andrews’ Three Sisters have disagreed. Long live polarisation.