The man behind Gurrumul

Tim Martin chats to Michael Hohnen ahead of his European tour with Australian musical genius, Gurrumul, and finds out just who is the man that lives in Gurrumul’s shadow. 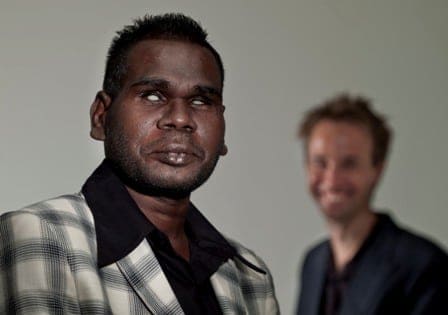 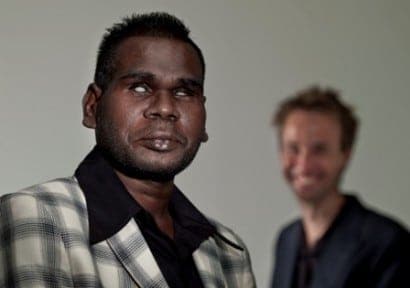 WHILE many people in this world have already fallen in love with the unique and heavenly sounds of Australia’s blind musical genius, Gurrumul, very few have heard of the man who is essentially the eyes and guiding hand for this rare talent. TIM MARTIN chats to Michael Hohnen ahead of their European tour and finds out just who is the man that lives in Gurrumul’s shadow.

In his own right, Michael Hohnen is a musical maestro, the kind not too often found in Australia. An ARIA winning producer, he is also an extremely accomplished musician who has toured the globe in orchestras and jazz bands as well as his former Aussie band, The Killjoys. But it has only been recently that Hohnen has really come into his own: as double bassist, mentor, translator, producer and friend, to the musical phenomenon that is Gurrumul. 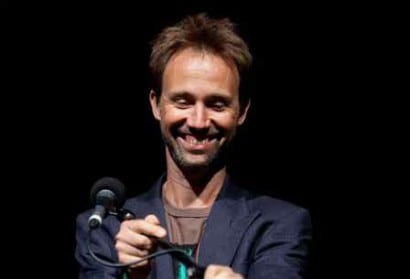 Hohnen first came across Gurrumul on a journey to Elcho Island off Australia’s northern coast.

“I ended up on this island up north of Australia past Arnhem Land, which I knew nothing about,” Hohnen tells me down the phone from Hobart, where he and Gurrumul have just finished a national tour. “There was no English there, just this community of 2000 people speaking Yolngu and going fishing and hunting. I was freaking out a bit because I didn’t know places like this even existed in Australia.”

Hohnen soon met Gurrumul and the rest, as they say, is history.

“He was one of the guys in ‘Treaty’ [the hugely successful Yothu Yindi song of the early 90s]. We just ended up hooking up and doing something that has meant a lot to both of us.”

That “something”, that he dismisses almost nonchalantly, has been to create two stellar albums and sell out performances around the world. But Hohnen is quick to deprecatively distance himself from playing any part in Gurrumul’s success.

“If you ever see him live or meet him live, you get that certain special something out of him. He’s kind of different from anyone else you’ve ever seen before and even though he doesn’t sing in English, his music affects a lot of people.

“I’m still not sure what it is. I’ve played with so many different musicians over the years but I have never felt where you can just go on stage and people will like it, and that’s how I feel with Gurrumul.”

I ask him why then, one of the most successful Aboriginal artists of his generation, is so shy and won’t do his own interviews.

“He just gets silent. He wouldn’t even talk to you on the phone. His English is ok but he just gets intimidated by the whole thing. So basically, that is what I do.”

For over three years Hohnen has been Gurrumul’s eyes, Gurrumul’s voice to the press (and the outside world) and that helping hand that has nurtured such a special talent.

“Over the past few years I have been, yeah, from planes to hotels to on stage but he’s got a partner now and she is into much more of the day to day stuff and has taken that 24 hour a day role off me.”

Gurrumul, Hohnen, their band and entourage are about to set off on a six country European tour that will bring them to the UK and the Barbican on 6 October. The excitement is already building about playing in such a special and iconic London venue.

“It will be great for him and great for our sound and it will be a great environment to just come there and soak it all up. Some venues are quite difficult and compromising and the audiences have to go, ‘oh that’s ok because I am seeing Gurrumul, I’ll put up with sitting on this concrete floor in a plastic chair’ but I think the setting and the acoustics and the environment [of the Barbican] will be really nice, so people will be able to come to the venue and just be really comfortable and close their eyes or just watch him and enjoy!” 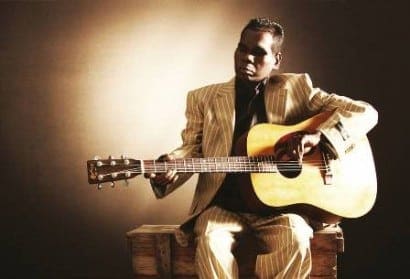 It’s nearing the end of our interview but I still haven’t quite worked out where this magic stems from, to make Gurrumul one of the most sought after and unique artists on the planet.

“A lot of people, they live these frantic lives and are always on their computer or their iPad and email and trying to save money and trying to survive,” says Hohnen. “They have all these worries we have in the western world, all the stuff we have to deal with everyday and then there is Gurrumul, who just sings about being connected to the beach and the trees. It’s almost a surf mentality about what he’s singing about — a lot of guys I know who surf, they just go out there and are totally at one, they don’t have to think about anything else and it’s a bit like that except he’s got a lot of language that connects him with that feeling.”

I’ll be hoping to connect to that feeling too, come 6 October, when Michael Hohnen leads the legendary Gurrumul on stage for one very special performance in London.

For details for Gurrumul live in London, click here