The Day the Sky Turned Black

Among the humour and laughs at the Edinburgh Fringe Fest this year will be an inspiring and emotional story of Aussie survival that charts the horrific ‘Black Saturday’ bushfires of 2009. 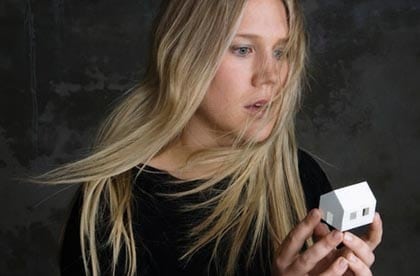 FRESH from an acclaimed season at the New York, Edinburgh & Adelaide Fringe, The Day the Sky Turned Black makes a return to this year’s Edinburgh Festival Fringe as part of the Best of Sydney Fringe programme. Written and performed by Ali Kennedy-Scott, the play chronicles the poignant stories of everyday heroes who fought the ‘Black Saturday’ bushfires in 2009, now known as Australia’s greatest natural disaster. As fires sweep through the tinder dry country at speed,  residents prepare for the usual summer bushfire season, unaware of the magnitude of the coming fires. By day’s end, 173 people are dead, whole towns are decimated and by week’s end, over a million acres of land are razed to the ground and arson is suspected.
Through first person narrative, intermixed with on-the spot news reports, The Day the Sky Turned Black follows the lives of five characters; among them a 6-year-old boy, an elderly woman, a newscaster and a homemaker. Inspired by interviews with survivors, journalists and a global arson expert, the play charts each character’s personal journey from before the fire’s arrival, to their  return home and the rebuilding of their lives. Their inspirational stories show the strength and  courage of the human spirit when pitted against Mother Nature at her worst.
Directed by Adrian Barnes, with original music by Pat Wilson, it has been called “an uplifting work, with unexpected humour and tremendous tenderness… a powerful tribute to courage, humour amidst adversity and hope” as well as “an emotional tour-de-force and by far the best of the many one-actor shows I’ve taken in at the Fringe”.
Assembly Roxy – Downstairs, 2 — 26 August
Tags: Australian comedyEdinburghEdinburgh Fringe Festival