Sneaky ready to write a new chapter at Homelanz

Headlining one of the biggest Antipodean line-ups to ever grace the fields of London, Sneaky Sound System know they have their work cut out for them at Homelanz this weekend. 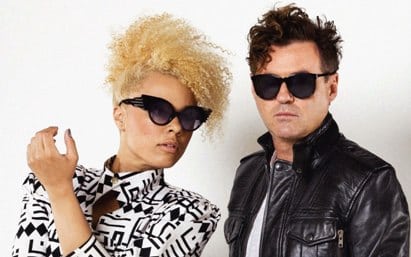 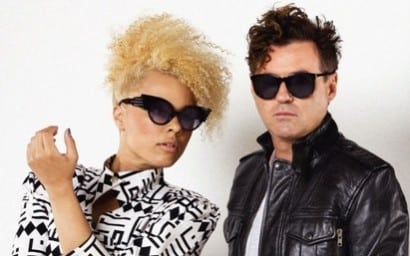 THIS is the calm before the storm for Sneaky Sound System.

Their performance at Homelanz at Boston Manor Park on Saturday, where they’ll headline some of Australia and NZ’s best and brightest musicians, DJs and electronic acts, will mark the kick-start of a “massive” two years for the acclaimed duo.

Not since 2008 have Sneaky released a studio album but the wait for a third will soon be over with From Here to Anywhere hitting the shelves in days.

“Our new single ‘We Love’ from our new album comes out the day after Homelanz so we’re super stoked,” Angus McDonald, half of SSS, told Australian Times.

“We haven’t played a proper show in London for quite a while so we’re really looking forward to it.”

It won’t be just “any” Sneaky show either, assures McDonald.

“Punters will definitely get a taste of the new record.

“Homelanz will give us a chance to roadtest some new tunes outside of Oz, as well as play some old favourites.”

The ‘old faves’ to which McDonald is referring to are some of the catchiest dance tunes going around.

Think Sneaky Sound System, and club anthems like ‘UFO’, ‘I Love it’ and ‘Kansas City’ effortlessly roll off the tongue.

And if the early reception of new single ‘We Love’ is any indication, there will be plenty more.

Many Homelanz punters will already have seen the ‘We Love’ clip (200,000 hits on YouTube this month) featuring cheeky silhouettes of bedroom antics, only for the lights to come on and reveal the actors doing mundane house chores.

Despite its obvious tongue-in-cheek feel, McDonald said the clip has attracted its share of controversy.

“The clip is cool. It’s a bit controversial, it’s totally harmless but you’re never going to please everyone. We’ve had some fun with it,” he said.

“It wasn’t our idea. A chap from London came up with the idea and we just ran with it.”

Being based in Sydney hasn’t stopped McDonald and Sneaky’s other half, dance diva Connie Mitchell, becoming something of a global force.

They’ve garnered a serious reputation as globe trotters because of the fact that each year since the band was formed, Sneaky dart across to the UK where they base themselves for months at a time. This basically means easy access to Europe where they are loved, particularly in party hubs like Ibiza. In fact, SSS will be playing shows before and after Homelanz in Ibiza alongside dance gods Basement Jaxx.

“We have been playing in London and the UK for about eight years now,” McDonald recounts with obvious enthusiasm.

“We find the crowds at our London shows are usually half Aussie, half other.

“We’re always going to get a lot of Australians but luckily we have had some good support from BBC Radio 1 over the years and plenty of British punters usually get out and support us too.”

Do they prefer festivals to their own shows?

“It’s like lunch and dinner really. They live together but they’re so different. When you are playing at festivals, there is a real spirit and energy from the crowd that you won’t get anywhere else.

“You’ve got a lot of people checking out different music and not everyone will be familiar with your stuff. When you’re doing your own show, most people know all the words to your songs and they’re into it in a different way.

“We love playing at these [festivals]. The punters at Homelanz are in for a real treat.”

Midway through the interview, McDonald jumps in with a question of his own: what’s the weather been like there lately?

“We’ve had a mixed bag”, I tell him, “typically London: some overcast days, some patchy rain and some stunners, prompting some reminiscing of playing London summer crowds.”

“A London summer with those long days when the sun is shining is as good as it gets anywhere,” he replies.

“I just can’t wait to get over there.”

In many ways, the new album title From Here to Anywhere is so fitting for where McDonald and Mitchell are at right now.

Their self-titled album in 2006 was initially rejected by labels, with big wigs declaring it wouldn’t sell. So, they “decided to do it ourselves” and it became a multi-platinum ARIA winning bullet.

Then they released 2, their second album that debuted at No.1 on the charts, catapulting Connie’s star into the dance stratosphere, helping her secure appearances alongside the likes of Kanye and Snoop.

Which brings us to the present, where they’ve amicably parted with the group’s co-founder Daimon Downey, and are about to embark on a brand new chapter.

“I think we see this as the start of a new phase.

“With the concept From Here to Anywhere, there is an element of uncertainty there but we are open to where the journey will take us.

“These are exciting times. We just want to enjoy the ride.”

Favourite Sneaky song: I Love It