Nick Cave, the ultimate festival ticket and Eminem in Oz

MUSIC FROM THE MOTHERLAND: We join in honouring Aussie legend Cave, tell you about the 'most' exorbitant festival ticket ever and get a little bit excited about Mr Slim Shady. 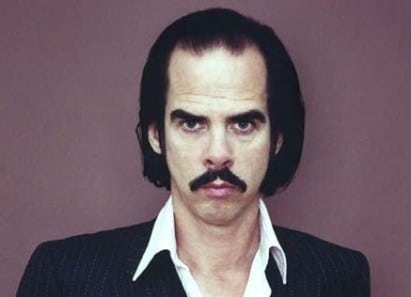 Caps off to Cave

Nick Cave’s 35 years of service to the Australian music industry will be honoured with reworking of his music by various Australian performers including Tim Rodgers, Bertie Blackman and Muscles. The ensemble of artists will then hit the tour circuit through November to perform their renditions for Australian audiences.

The tour is part of Triple J’s Aus-music month held every November to promote and recognise Australian music. Previously the radio station has honoured AC/DC, The Go-Betweens and Paul Kelly as part of its program.

Cave doesn’t just stop with music; he is also a published author, film producer and festival curator. Touring with his latest group Grinderman he is also held in high regard internationally, with Red Hot Chilli Peppers bassist ‘Flea’ calling Cave in a recent interview ‘the greatest living songwriter’.

Some pretty impressive accolades for Mr Cave, yet every bit deserved.

How would you spend $AU7000? Pretty easily no doubt. You might be able to make it stretch or maybe wax the lot in no time at all. For those of you with it casually lying around, Australian music festival Field Day has a suggestion for you. You can get a $7k ticket to their festival.

Recently we wrote about the rising costs of Australian music festivals and how it was turning off people from attending, even threatening the future of some festivals. So we were scratching our heads at the absurdity of the Field Day lot. For seven big ones you could probably get a decent band to play in your living room with enough left over to pay them to do the washing up.

However this is no ordinary ticket! It’s got enough bells and whistles to give you the festival experience dreams are made of. We’re talking private dressing room, side stage action, your own rider and VIP transport throughout the festival. Plus did we mention a slippery slide entry into the festival?

There’s only one per capital city (although we understand you can take a couple of mates) with proceeds going to ‘Heaps Decent’, a charity giving disadvantaged children access to learn and perform music.

So the Australian festival market hasn’t lost its mind, there’s a goodwill side to having a blast of a day and you can be a rock star for a day if it’s what you want to spend your hard earned money on. If we had it spare we’d give it a thought but luckily it won’t be a problem here at motherland HQ.

Hip hop and rap, everyone likes it? Come on, even if you won’t admit it to your mates you can tell us. It, like other underground music cultures, has risen through the mainstream and is now a staple genre wherever you go; the headlining of Jay-z at Glastonbury 2008 proved this much to the disgust of Noel Gallagher.

Down Under the mood hasn’t changed and the arrival of hip-hop supremo Eminem in Australia in December has shown the crowds still want to put their hands up in the air with the best of them.

Going on sale this week, tickets to his shows at Melbourne’s Etihad Stadium and Sydney Football Stadium sold out in half an hour. What’s so special about that you ask? Shows sell out quickly all the time. Yes, but not for stadiums with capacities of 50,000 people to watch one guy on stage.

He’ll be joined by Australian hip-hop stars Hilltop Hoods and American artist Lil Wayne. The latter having just spent a year in prison for weapons charges indicates the Australian government is more welcoming of rappers with rap sheets than previously when Snoop Dogg struggled to get a work visa because apparently he has a penchant for the wacky tobaccy?