Musical chairs: In the Round at The Forge, Camden

Ever wanted to know the story behind your favourite song? In the Round combines the camaraderie of campfire storytelling with the joy of an intimate music performance, hosted by Aussie Johnson Jay at The Forge in Camden.

by Sarah Medwik-Daley
in Lifestyle 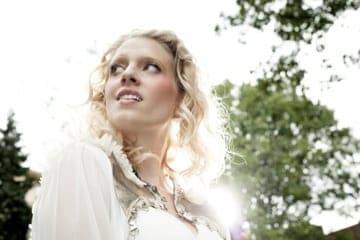 IN the Round first began life as Music in the Round back in 2009 – a live music event for upcoming singer/songwriters, held at The Forge Music Venue in Camden, London.

It was the brainchild of Mark Aaron James, a musician from America who was inspired by the nightly live music shows at Bluebird Café in downtown Nashville. All the artists of the evening would sit together in the centre of the room and take it in turns to play their songs and share the stories behind them, accompanying each other instrumentally and vocally to recreate the vibe of campfires at folk festivals.

Happening upon a newly opened Forge one afternoon in Camden, Mark fell in love with the space and felt the layout was perfect for a songwriters’ circle. After convincing the owners (and musicians), Adam and Charlotte Caird to give the concept a shot, Mark found an audience receptive to the intimate conversational structure of the event — with artists performing their songs and explaining the story behind them.

One of the first artists to play Mark’s event was Australian singer/songwriter and guitar virtuoso Johnson Jay. Mark and JJ had first met when they played a gig together in Guildford.  With an instant appreciation for each other’s work, they started writing together. Mark says JJ “has an good ear for harmony and can play a mean guitar solo on the fly” and saw that he would be a perfect fit for the circle.

JJ played Music in the Round and loved it so much, he frequented the night as both an artist in the circle and as an audience member many times. He says “it was obvious that this was very different to anything else I’d ever played. The intimacy, the spontaneity… you feel like you’re really sharing something special with each other and with the audience”.

When Mark had to return to the States after the UK cancelled their Artist Visa Programme, JJ took over as host of Music in the Round, but the economic crisis meant dwindling audience numbers and eventually the Forge had to cut the show.

Sixteen months on Music in the Round is set to return to the Forge as the streamlined In the Round on Monday 4 March, with future shows to be held monthly.

This time it will be free entry to all, although in true Nashville style audience members will be asked if they would like to make a donation at the end of the evening, with the proceeds being split between the acts.

The launch night sees the return of host Johnson Jay along with Julia Johnson, as well as the fantastic Vin Goodwin and the wonderful Hannah White.

Johnson Jay says the concept “is more about the night than the individual artists. Everyone is on the same side, helping each other and enhancing each other’s performances. It isn’t a format that works well for anyone with a prominent ego as it requires a lot of openness and vulnerability in a way.  It takes a certain kind of artist and personality to be able to accompany another on songs they may not have heard before. This does, however, lead to truly unique, never to be seen again performances”.

With the room holding 50 people, the night will truly be an intimate and engaging performance.

Seats can be reserved by emailing [email protected] and will be on a first come, first served basis.