Messing Around at Edinburgh’s Assembly Hall with Adam Hills

REVIEW | Returning to the Fringe Festival with a new show in 2012, this time it's more about raising funds for the Royal Edinburgh Hospital for Sick Kids than keeping the masses chortling.

by Haylee Slater
in Lifestyle 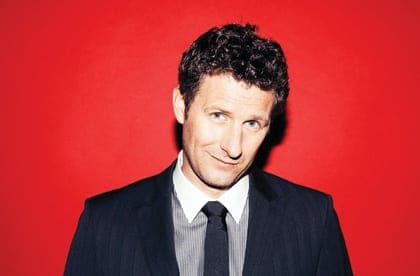 IN 2010, Adam Hills came to Edinburgh with a show central to audience participation. When he returned to the Fringe Festival with a new show in 2012 however, this time it was more about raising funds for the Royal Edinburgh Hospital for Sick Kids than keeping the masses chortling.

Mess Around opens with a friendly Adam Hills, distracted by a woman shaking out her red coat. Likening the welcome to a bull being urged to charge, he has the audience in hysterics before the doors have even closed. Using pure Aussie charm to relax the crowd, his enthusiasm – while addictive – is also capable of terrifying the timid and high-browed of the audience.

He’s deft at turning an unpredictable environment into a comfortable game where anyone can be the star. First, we learned of the misadventures of an embarrassed member of the front row sporting a hole in his pants. He had fallen on the bus on his way to the show and was seen limping down the stairs on his way out. The husband of the woman with the red coat, their son Geoffrey rallied support during the show for Team GB. Equipped with false medal tallies and the quick use of his iPhone to confirm his stories as he went along, Geoffrey was asked to return for a few more shows later in the week.

Not everyone was excited to be involved however. Hill’s fascination with the attire of “gentleman” Alistair, quickly turned from willing banter to a snappy refusal to be involved in the show, leaving Hills dejected but determined to move on. A lesser performer may have been put-off, but Hills’ experience in the live comedy sphere shone as he rallied a cheerful crowd behind him to push the show forward.

Not enough can be said for Catherine, Hills’ sign interpreter, who can only blush as she is forced to sign every word of the show as it happens. At times, there was more laughter coming from her reactions to the hand signals she was forced to make, than the star performer himself.

Quick wit, intelligent humour and the quirky individuals in the audience came together to create a very warm atmosphere akin to a night at the local pub. The veritable “nice guy of comedy” is on a winner with Mess Around, and Catherine, the perfect accompaniment to the madness.