Lachie Chapman is a Gambling Man

When Sydney boy Lachie Chapman moved to London six years ago, little did he know the drastic direction his life would soon take. Now a member of the hugely successful singing group The Overtones, the booming baritone told TIM MARTIN just what it’s like to be a UK hit. 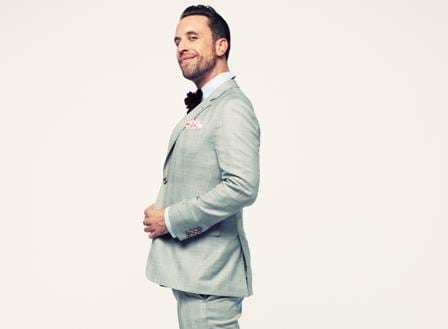 What’s been happening for The Overtones?
We’ve h

ad a barnstormer of year. We just had the platinum edition of the album come out on 17 October, so that’s got six new tracks. That’s coinciding with a national headline tour around the UK and Ireland which we are on now, and it’s one of those times when, blink and it’s going to be Christmas! After all this I think I’m going to have to jump on a Qantas plane and head home for a week or two and check in, it’s been two and a half years since I have been home. I need to go and say hello to Manly Beach.

Why did you come to London?
I came here to be an actor. I did a bit with London Fringe, no West End or anything, but it’s tricky, it’s a bitch of an industry to work in. I knocked around for about four years but never really broke through and I was actually thinking about going home. I thought I’d stuffed it and missed my chance. But I ended up meeting Timmy (lead singer of The Overtones) through a promo job and he was part of a four piece group and I had this big deep singing voice that I was hoping I would get the chance to use one day. And then like that, I joined this group and we sort of formed The Overtones and within four or five months we got offered a record deal with Warner Brothers. It was completely and utterly bizarre, lady luck came and tapped me on the back when I wasn’t looking.

Do you have to pinch yourself everyday to remind you it’s not a dream?
I pinch myself everyday. I’ve got a platinum disk on my wall (to remind me). Last time I went home mum and dad picked me up from the airport and said ‘how have you been’ and I hadn’t told them really anything and I went, ‘well, I’ve kind of got a five album recording deal with Warner Bros, so yeah things are going ok, good couple of months thanks mum!’ (Laughs). It’s completely bizarre but there’s just something inherently right about the whole project and the sound we make and the way we perform together. It’s just right! They passed me the ball and I’m running with it, just like the (Manly) Sea Eagles this year!

What’s been the best part of the ride so far?
Every step of the way there has been a milestone. The first gig we did as The Overtones, was at the Royal Albert Hall — I mean, ‘hello!’ That was the first time we did a gig in public. Then getting onto Dancing On Ice where we sang all our songs and we did our new single ‘Gambling Man’ on the results show and just watching us go from number 100 in the charts to number 4 behind Jessie J and Adele’s two albums, watching your album rocket up the charts, that was such an honour. We’ve sold out tours, we’ve gone platinum. This whole year has been rammed with experiences I wouldn’t be having and it’s like I’m 30 years old, I’ve been working for the last 8 -10 years and so I appreciate them for what they are. There’s no grain of salt here.

Is there a favourite moment so far?
Well…we were driving back from a gig in Glasgow down the M6, we were invited last minute to perform at the O2 (London) because someone had pulled out. So we put the pedal to the metal on the tour bus to get to London in time, 10 minutes later there’s an absolute pile-up on the M6 and we were stopped for an hour and a half, two hours later, it was like watching a little dream vanish in a puff of smoke and we thought, ‘we’re not going to make this gig’. But our crafty tour manager somehow managed for a helicopter to land in the field right next to where we were!” So we got out of the tour bus, grabbed a pair of brogues and a tiepin and pocket scarf and jumped in the chopper and landed at the O2 with 10 minutes to spare. Pretty rock and roll!.

What do you love about London?
The mix of people, you can sit on a Tube carriage and not hear English, it’s a melting pot of people from all over the world. (Similar to the archetypal image of New York, a lot of people with dreams in their hearts who come to London to forge fought with themselves either personally or professionally and it runs a little bit hotter than back home. And who know, I dream about going back home but my life and my career, it’s all over here. I’ve been passed this ball and I can’t chuck it away yet. I’ve got to keep running! 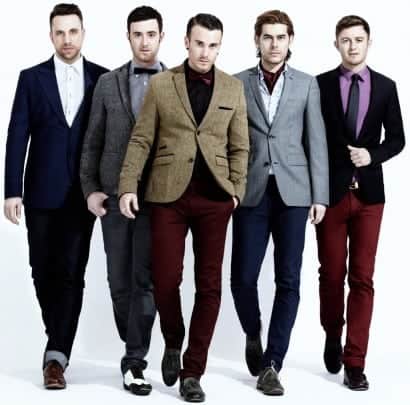 Favourite Overtones song: Gambling Man
Favourite all-time song: A Change Is Gonna Come, Sam Cooke
Favourite band: Aretha Franklin
Favourite travel destination: Anywhere hot and quiet (and of course, Sydney)
Favourite thing to do when not making music: A load of washing. There’s nothing else going on and I’ve been working 24/7 — I need fresh undies!