INXS REVELATIONS: Michael Hutchence band-mates in tell all interviews as albums sit at numbers 1 and 2 on Aussie charts. 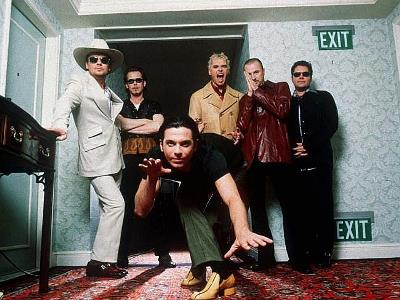 Hutchence’s former band-mate made the revelation in a profile of the Australian rockers INXS on Channel 7s Sunday Night programme. Pengilly said it was a secret he has kept for 16 years since the singer’s untimely death.

“Just prior to his death that week, what he told me was that he had a plan in place to basically split up with Paula … what can I say? That’s what he told me,” Pengilly said, adding that he didn’t like to dwell on it.

The six men went in to detail about the events covered in the mini-series and spoke affectionately of their sorely missed band-mate and friend, Michael Hutchence.

As well as Pengilly’s revelation about Hutchence’s intentions to split with Yates, Murphy suggested that he still views the singer’s death as suspicious but prefers to withhold those thoughts for the sake of the lovers’  daughter Tiger Lilly, who still lives in the UK with Sir Bob Geldof. Murphy said its was: “the biggest unanswered question in rock n’ roll.”

Guitarist Tim Farriss told Sadler that Hutchence would have “hated” his daughter being raised by Yates’s ex, Geldof.

“Michael hated Bob in the end so much. To think that he would end up as the sole parent of Tiger Lily would have been the most horrific thing he could have imagined. But luckily for Tiger, she had Bob at the end,” he said.

“When the time is right and she wants to meet us and get to know us, which I’m sure she will one day, we’ll be there for her with open arms and I really, really look forward to that day,” Farriss added.

Meanwhile, INXS have secured the top album spot for a second week, as well as second place, on the ARIA charts this week.

The band’s Very Best collection hit No.1 last week following the airing of the INXS: Never Tear Us Apart mini-series.

The second and final part of the series aired last Sunday, and repeats of part one and part two are set to screen this Monday and Tuesday respectively.

The renewed interest in the band has helped the rockers’ 1987 album Kick jump five places to No.2.