INXS: Never Tear Us Apart mini-series – will it come to the UK?

INXS: Never Tear Us Apart, the Michael Hutchence biopic shown on Australian TV, is reportedly being pitched to UK buyers.

by Bongani Mtlhavani
in Lifestyle 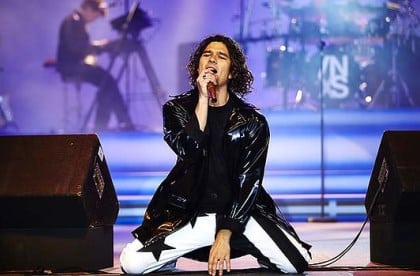 Is the Michael Hutchence mini-series INXS: Never Tear Us Apart, which explores life with Kylie Minogue, the famous Aussie band and events leading to his death, coming to the UK?

The Michael Hutchence biopic INXS: Never Tear Us Apart could be coming to the UK, according a to reports.

The mini-series, which details Hutchence’s life with Kylie Minogue and events leading to his death, has gripped Australian TV audiences this month and sparked huge sales for the INXS back catalogue – The Very Best of INXS compilation reaching #1 on the ARIA chart this week. It is now reportedly being pitched to UK buyers with INXS guitarist Tim Farriss and the band’s long-time manager, Chris Murphy, said to be behind the global pitch.

INXS: Never Tear Us Apart depicts the iconic Aussie rock band that climbed to the top of the charts around the world. Shown on Channel 7 in Australia earlier in the month, it also shows Michael Hutchence’s relationship with The Voice coach and pop starlette Kylie Minogue. Hutchence died aged 37 just over 16 years ago in November 1997, found hanged at the Ritz-Carlton hotel in Sydney.

Also see: The Rock of INXS (Interview with Andrew Farriss)

According to News.com.au, Tiger Lily Hutchence, the 17-year-old daughter of Paula Yates and Michael Hutchence, is involved in a ‘masterplan to help restore the singer’s reputation and financial legacy’.

The CEO of Shine Australia, which produced INXS: Never Tear Us Apart, said Murphy’s business revival strategy was “extraordinary and within days of coming off.”

“In terms of support for Tiger, both during the miniseries and beyond it, INXS and Chris have allocated a sixth share for her all the way along,” Mark Fennessy said.

“The band and Chris have been focused and determined about supporting her, protecting her and making sure she sees all the benefits that would have gone to Michael.”

IMAGE: Luke Arnold stars as Michael Hutchence in INXS: Never Tear Us Apart. Negotiations for broadcast of the mini-series in the UK are reportedly near completion. (Supplied)