INTERVIEW |There’s been a lot of travel on the schedule of late for one of Australia’s biggest new indie pop-rock acts. Australian Times catches up with Brisbane’s Sheppard as they head off to New York and London where last year they discovered an audience for their infections party sound track music even before they had one down-under. 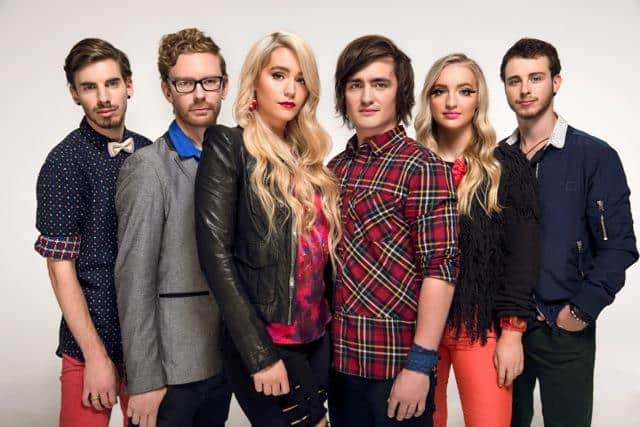 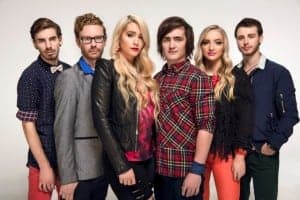 It’s been a massive 12 months for the members of Sheppard. This little indie band have scored the biggest selling single of the year to date in Australia with Let Me Down Easy and they’ve just released new single Hold My Tongue.

As Australian Times catches up with lead singer George Sheppard, he and the other members of the band are recovering from a big weekend in Sydney playing shows as part of the Rugby League Finals series. However, there is no time to rest. Sheppard is soon heading overseas to give live audiences a serotonin injection with their harmony driven pop-rock.

Their itinerary will take them to New York for massive US multi-day festival CMJ where along with other shows they will play within the hallowed walls of Webster Hall, one of New York’s most famous venues for rock music. Then they head to London for a must-see show with fellow Brisbanites, Ball Park Music at another legendary venue; Kings Cross’s Water Rats, a brilliant down-at-heel indie venue, which has played host to artists like Bob Dylan, The Pogues and many others.

All this travel comes at the end of a very busy twelve months for the band.

Having released their debut self-titled EP in 2012, Sheppard were finding it difficult to break through down-under with their harmony driven, party atmosphere pop-rock. However following an acoustic audition for legendary promoter and manager Michael Chugg and his entire staff at their offices in Sydney, an experience George describes as terrifying, the band got a break. Chuggy, as he’s known in the music business — took the young six-piece act on the road internationally knowing they would find an audience.

“Coming to the UK the first time was so exciting for all of us in the band. We’d heard from friends and other acts that had been to the UK about how they had such a great time there so we were really keen to check it out for ourselves, especially as it was our first time heading into Europe,” George says.

As part of that tour they played the huge Wilderness Festival. “We were playing the night after The Temper Trap and their bass player, Jonathon Aherne came along to check us out, so that was a real buzz. The audience was great too, I think there were more locals than Aussies in the crowd but they really seemed to like what we were doing.”

Sheppard played shows in New York, South Africa and in Asia all on the same trip.

Returning to Brisbane, Sheppard now had to convince people back home to become as enthusiastic about their music as music fans were around the rest of the world.

Perseverance paid off when radio networks, Nova and Austereo caught onto Let Me Down Easy and began giving the track heaps of airtime.

“That was surreal,” says George, “we had just done our first Australian TV appearance that morning when we were given the news Nova were going to start playing Let Me Down Easy in high rotation.

“Suddenly we were hearing the tune coming out of shops as we walked along the street or out of car windows.”

Fast-forward a few months and Let Me Down Easy had gone platinum in Australia with UK and US audiences helping the track to a further 180,000 downloads and streams.

The single was 17 weeks at No 1 on the Oz indie charts and spent 15 weeks in the national top 5. Let Me Down Easy has also become a sing-along hit at Sheppard’s live shows down-under propelled by 20 weeks of Top 40 airplay. A huge achievement considering that Sheppard were the only indie act on the Aussie radio airplay charts at the time. “We’re all really proud of what we’ve achieved as an indie act, but it’s been tremendously hard work.”

For those of you who haven’t caught the back story, Sheppard are a bit of a family affair.

George’s sister Amy was studying music and needed help with harmonies on a music project. Their father Greg knew that George would be ideal to help his sister and according to George the band as a whole was “kind of his vision.” Younger sister Emma got roped in and before long the trio were sounding good enough to convince friends Jay Bovino to join along with Michael Butler and Dean Gordon.

So what can we expect from Sheppard during their visit?

George described the shows here as a thank-you to all the UK fans for all their support. He told us they are looking forward to meeting their London based fans face-to-face and giving them a great time at their shows which have a reputation for being as much like a party as anything else. “We’ve just released a new track called Hold My Tongue. This is the track that’s the most fun to play live,” said George.

“It’s the one our fans love dancing to most at our shows. We asked fans to sing along with us on Let Me Down Easy, and now it’s time to invite everyone up to shake it a little.”

Mark Muggeridge is a freelance music journalist in Australia. He has written for Record of the Day, Music Week and The Music Network in Australia.