REVIEW | Bookmark the ‘What’s On’ page of the St James Theatre website, because their list of upcoming shows is way too long to take in with one glance. 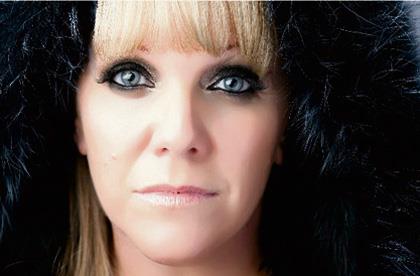 WHEN Shakespeare penned ‘all the world’s a stage’ he had probably just Googled ‘theatres in London’.

In a city with so many, it is a remarkable feat, that after only six months, the St James Theatre has managed to distinguish itself from the crowd.

It helps that it is the first theatre complex to be built in Central London in 30 years. The interior, particularly the spiral staircase in the entrance, is very new age.

It also helps that it is not in the heart of the West End, offering audiences the chance to step away from the crowded pavements into a more peaceful neighbourhood. It’s located right alongside Buckingham Palace.

More than the venue or location, it’s the shows themselves which really set the St James Theatre apart. They range from professional productions to smaller variety performances, including cabaret and comedy shows.

I recently saw Australian Alison Jiear perform in a very unique and intimate space at The St James Theatre called ‘The Studio’. It has all the hallmarks of a classic cabaret venue; comfortable seating, dark wood, dimmed lighting, a bar with table service, and of course set to the tunes of Ella Fitzgerald, Dusty Springfield, Burch Bacharach, and Maria from the Sound of Music.

Well, the latter is a bit random I admit. However as Jiear proved, if you’ve got a great voice and a good ear for jazz you can reinterpret anything, including ‘Favourite Things’, into a beautiful and convincing cabaret tune.

Jiear, who grew up in Brisbane, has had a successful career as a cabaret artist and musical theatre performer in London. Her voice is faultless, and even the hardest songs are a walk in the park. Despite her talent and worldwide success — in 2004 she was nominated for a Lawrence Olivier award — Jiear clearly doesn’t take herself too seriously. The show itself was called Under the Influence.

With a wicked sense of humour, she was an open book as she recounted her childhood, her successes, failures, personal struggles and her love of music. The audience, most of whom she seemed to know personally — even if she didn’t, her skill as a performer meant you felt like she did — lapped it all up, particularly, the anecdote about her audition for the West End production of Les Miserables.

The director was prepared to cast her in the role of Fantine, a sufferer of tuberculosis, but only if Jiear lost weight. Six months later and no lighter, she didn’t get the role. However, in a classic example of coming full circle, last year Jiear performed in the ensemble for the film adaptation of the stage show.

This story then led into a highly amusing country and western interpretation of ‘I dreamed a dream’.

I would recommend you go and see Alison Jiear for yourself, however her show at The Studio was for a limited season; two nights. This is the great thing about the St James Theatre. They are aware that the amount of talent in this city far outweighs the number of venues. And so in an attempt to let audiences experience as much of it as possible, the line up is constantly changing — something new almost every night.