Guts ‘n’ grit, Barnesy has still got it 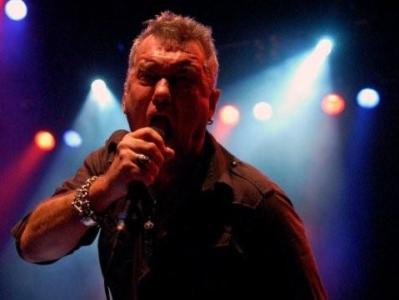 JIMMY BARNES took to the Shepherd’s Bush Empire stage looking greyer than an English summer, but he got cracking from the get-go and proceeded to pummel us through 21 glorious hits; proof, if ever we needed it, that good time, beer swilling rock is the elixir of life.

Alright, maybe not all of them hit number 1 for twenty weeks but new material from Barnesy’s new album Rage and Ruin sat so well beside 80’s classics and 90’s blow outs that I started to think here was a man actually finding his stride as a songwriter. And for the modern listener, the best news is Barnesy’s voice box has gotten meatier, if that was even possible.

From the stunning 1985 opener ‘I’d Die To Be With You Tonight’ he rolled them out over the next two hours with ‘No Second Prize’ and 2011’s ‘Stupid Heart’ occupying standout status.

There were many a teary eye as perhaps the most anticipated tune of the night rolled around with Chisel drummer the late Steve Prestwich’s spirit channelled as we kicked off into ‘Flame Trees’.  A beautiful moment only eclipsed by first encore ‘Khe Sanh’.

As you expect with the Barnesy faithful, the beer flowed and flew; the 50 somethings and the younger contingent united in anthemic choruses, rocking out with choppin’ air guitars that ACDC would be proud of.

So next time grab a beer, tilt a hat and get ready for the next Barnesy tour ’cause you’ll sing your ass off and get to know some new classics from the man who doesn’t believe in stupid stuff like growing old.