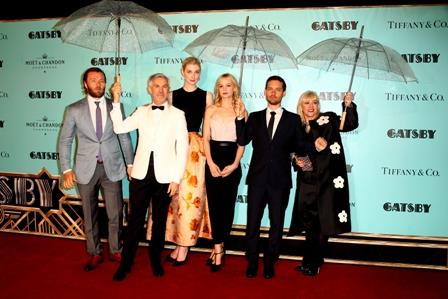 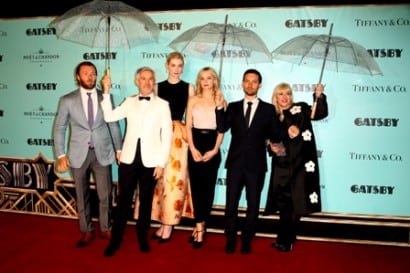 The cast of The Great Gatsby at the premiere in Sydney, Wednesday, May 22, 2013. (AAP Image/Marianna Massey)

Moviegoers and literature fans have been anticipating the release of Baz Luhrmann’s big screen adaptation of The Great Gatsby, which officially opened the Cannes Film Festival last week and has enjoyed a star-studded premiÃ¨re in Sydney on Wednesday night.

The stars of Gatsby have since travelled to Australia to attend the Sydney premiÃ¨re at Fox Studios, in the city where many of the lavish scenes were shot. Leonardo DiCaprio was unable to attend due to personal commitments.

Baz Lurhrmann said he made entirely the right decision.

“There are things in your own personal life where you’ve got to draw a line and we talked about it,” he said.

“He did exactly the right thing in my opinion.”

Based on the symbolic novel by F. Scott Fitzgerald, the story is set amongst the Jazz Age of the 1920s and explores the decadence, hope and seediness of those times.

DiCaprio is the debonair and beguiling Jay Gatsby who sets out to reignite the love affair he once shared with the young and beautiful Daisy, played by Mulligan. 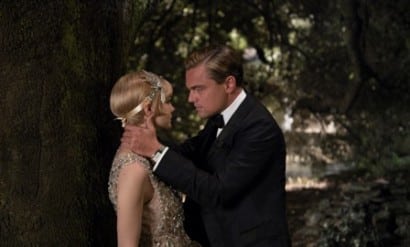 Following the official screening at Cannes, Luhrmann told a packed press conference that he felt a huge responsibility to stay true to the book, but he also enjoyed exploring the many parallels between the moral fabric of society then and now.

“In the current climate, I think we cannot fail to be inspired by the story of Gatsby, and to see it differently,” Luhrmann said.

“The book is like this great mirror to reflect back on.”

Filmed in Australia, the movie is the second collaboration between DiCaprio and Luhrmann following Romeo + Juliet.

“He’s not afraid to take on incredibly timeless, classic stories that are imbedded in our culture and ones that are very risky undertakings. 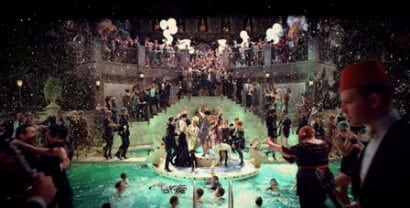 In typical Luhrmann style The Great Gatsby is bold, brassy and beautifully shot.

This in part is thanks to Luhrmann’s wife Catherine Martin, who provides a visual feast for the eyes with her dazzling set designs and glitzy costumes.

The modern, funky soundtrack featuring the likes of Jay-Z, Lana Del Ray, Florence and the Machine, Beyonce and Gotye also help bring the story to life in all its 3D glory. Luhrmann said just prior to Cannes at the New York premier, he was humbled by the words of a stranger who came up to him after the screening.

“This extremely regal woman came out of the shadows and she looked at me and took me by the hands and said ‘I’ve come all the way from Vermont to see what you’ve done with my grandfather’s book’.”

The director said he was thrilled to be given her seal of approval.

“For me that was about as good as it could possibly get — if we’ve done anything, that’s made it all worthwhile,” he said.