FilmFest Australia has named Geoffrey Rush and Noah Taylor as Festival Patrons for 2012. 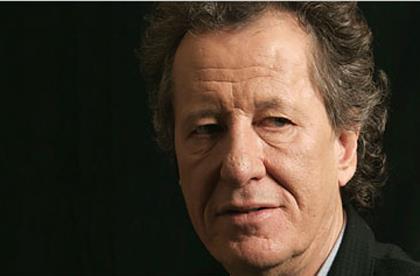 FILMFEST Australia has named Geoffrey Rush and Noah Taylor as Festival Patrons for 2012.

Garnering support from some of Australia’s finest acting and directing talent has been important in helping the festival grow over its lifetime and previous festival patrons have included Cate Blanchett, Toni Collette, Bryan Brown and director John Hillcoat (The Proposition, The Road). The festival has also been thrilled to welcome guests such as Sam Neill, Richard Roxburgh, Cate Shortland, Rachel Ward, David Wenham, Hugo Weaving, Stephan Elliott, Nick Cave, Warwick Thornton, and Rolf de Heer to name just a few.

Geoffrey Rush. Fresh from being crowned Australian of the Year earlier this year and star of the festival’s cinematic hit The Eye of the Storm — this Aussie acting god is near untouchable. Onscreen accolades include his Oscar winning performance in Shine, his BAFTA winning role in The King’s Speech, and rounding out the big three of the thespian world — a Tony Award for Exit The King. Geoffrey is a consummate supporter of Australian cinema, and much of his work has been featured at the festival over the years including Bran Nue Dae, $9.99, Candy, Ned Kelly and Lantana.

Noah Taylor. With credits including John Hillcoat’s latest Lawless; The Year My Voice Broke; Shine; Flirting; He Died with a Falafel in his Hand; and 2011 festival opener Red Dog, Noah is a long-standing FilmFest Australia supporter and a true Aussie acting legend.

For all screening and ticket information, head to FilmfestAustralia.org.uk