FilmFest Australia to light up London screens in September

Get excited London Aussies because there is a hot new Australian film fest coming to town! 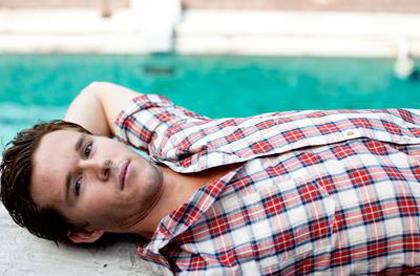 GET excited London Aussies because there is a hot new Australian film fest coming to town! FilmFest Australia has just announced an exciting programme of cinematic treats fresh out of Oz to be screened in London next month. Screening at the Clapham Picturehouse and the Hackney Picturehouse from 14 to 23 September 2012 – this brand new Aussie film festival will feature blockbuster movies from Down Under as well as some sure to be indie classics.

With a new name and a new home after 17 years at the Barbican as the London Australian Film Festival, 2012 marks the beginning of an exciting new era for FilmFest Australia (FFA). But despite the new look organisation – their mission remains the same: to showcase all that contemporary Aussie cinema has to offer, from the hottest new talent to the cherished big stars bringing drama, humour and thrills from all corners of Oz to London screens.

FFA 2012 will open with the European premiere of Not Suitable for Children, starring Ryan Kwanten (True Blood, Home & Away) who goes on a mission to procreate when he finds out his chances of fatherhood are about to expire.

“Funny, cool, a little bit dark but ultimately touching, this is a slice of young, vibrant Sydney at its laidback best,” a FFA spokesperson told Australian Times.

As well as Hollywood heartthrob Kwanten, some of Australia’s most exportable directing talent will feature at the FFA in London this year. Fred Schepisi (Roxanne, Six Degrees of Separation) will direct Geoffrey Rush, Judy Davis and Charlotte Rampling in the UK premiere of dysfunctional family drama The Eye of the Storm while the man behind Priscilla, Stephan Elliott, leads a riotous yet distinctly masculine stag-do comedy A Few Best Men.

And would you know it – FFA first-timer, former Boyzone star, and Irish crooner – Ronan Keating – stars in Goddess, a film the critics are saying will be one of the FFA’s most tuneful and kitsch offerings.

Stepping away from the light and fun titles, FFA are looking to revisit the dark side of Down Under with the UK premiere of Swerve, an outback set chase thriller which kicks off with a bang and keeps the twists and thrills coming. And audiences will be treated to Sam Neill, Willem Dafoe and Frances O’Connor’s stunning performances in The Hunter.

There’s a host of other films on offer too. For all screening and ticket information, head to FilmfestAustralia.org.uk

Australian Times is a proud partner of FilmFest Australia