FilmFest Australia kicked off on the weekend with packed theatres in Clapham enjoying a smorgasbord of Australian independent film. 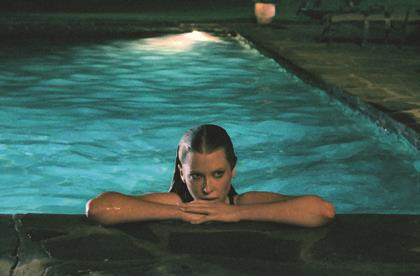 By Lee Crossley
FilmFest Australia kicked off on the weekend with packed theatres in Clapham enjoying a smorgasbord of Australian independent film.

Given the size of London’s Antipodean community and the growing popularity of Australian film, this event should be a staple of London’s film-loving diet.

The event ran for 17 years as the ‘London Australian Film Festival’ at the Barbican but it couldn’t be held there this year due to redevelopment of its cinemas, leaving an air of uncertainty around its future.

That’s when four Brits, all passionate about Aussie film and the event’s survival, took the reins and created FilmFest Australia, the first independent Aussie film fest in London.

“We’ve had amazing support from all our partners , including Tourism Australia, the Australian High Commission, The Australia Shop, Australian Times as well as Clapham and Hackney Picture Houses.”

Why would four British women care so much about an Aussie film festival in London?

“It was always our favourite event of the year at the Barbican,” McVean said.

“It was the most popular, we loved the audiences and we loved the films. It was one of the first projects I worked on when I joined the Barbican 12 years ago. I just developed a real passion for the unique voice of Australian cinema.

“We looked forward to it every year and we were really upset it wasn’t going to be there so we made a stand and now it’s happened.”

McVean said Australian cinema punched above its weight in global terms, producing stories that were “unpretentious”.

“It reflects the nation, it reflects people’s beliefs. There’s no need to pretend.”

That was certainly the verdict after the European premiere of Not Suitable for Children at Clapham on Friday night, starring Ryan Kwanten (Vinnie Patterson from Home and Away and Jason Stackhouse from True Blood).

Other films to feature at Clapham last weekend, and Hackney this weekend, include The Eye of the Storm with Geoffrey Rush, Any Questions for Ben (written by the Working Dog boys Rob Sitch, Tom Gleisner and Santo Cilauro) and indigenous film Toomelah, which McVean is particularly excited about.

“Australia is the only place that can do films like this, which is why it’s so important they are given an audience,” she said.

McVean said they had hoped for a mix of British and Australians to attend the festival, which is why Clapham and Hackney were chosen as locations.

“Clapham has a big expat audience and Hackney has a more diverse audience,” she said.

The festival continues this weekend at Hackney Picturehouse.