World’s 20 drunkest countries: Where does Australia rank in alcohol consumption?

The World Health Organisation (WHO) has released a report showing that Aussies consume higher levels of alcohol than most other countries in Western Pacific Region, but lower than those in Europe — or should we say Russia?

by Deva Lee
in Entertainment 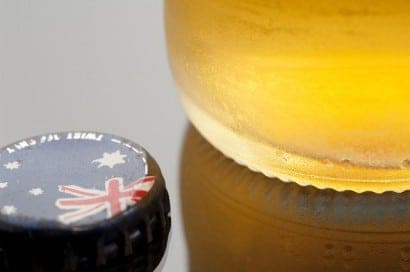 Warning: this article may make your next drink a guilty pleasure.

Aussies are renowned the world over as prolific beer drinkers (and we make a bloody good drop of wine too). It’s in our culture and runs through our veins, so the stereotype goes. But exactly how does Australia rank against the rest of the world when it comes to alcohol consumption?

Well, a 2014 WHO (World Health Organisation) report looks at alcohol consumed globally by drinkers aged 15 and older (the stats were taken from the years 2010-2011).

So, how did we go? Aussie drinkers consumed 14.5 litres of pure alcohol per capita, per year. This is more than twice the global average of 6.55 litres. But guess what; Australia only ranks 19th out of all countries when looking at alcohol consumed per capita: 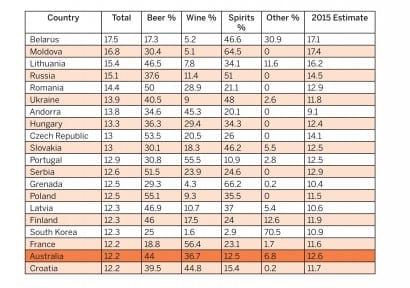 Mashable’s  map of the WHO report highlighted the “drunkest countries in the world”. Eastern European countries are world beaters, but Australia wasn’t too far behind, as this WHO map shows: 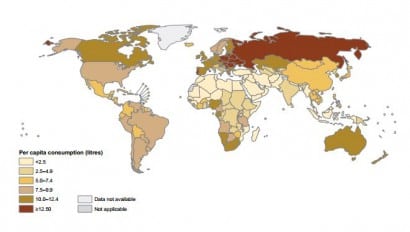 The map shows how Australia compares to countries outside the Western Pacific Region. So while Aussie drinkers might consume less than most in Eastern Europe, they’re drinking more than Brits (13.8 litres of pure alcohol per drinker) and Kiwis (13.7). We’ll drink to that!

Stats say Aussies favour beer over most drinks, with wine as a close second: 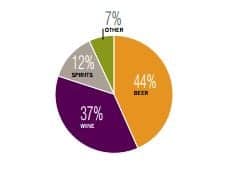 With men consuming more than double that of women in Aus, we’ve definitely got the boys to thank for this one. Pass us another cold one, would ya mate?