Neil Finn is a songwriting genius. Ahead of his UK tour we consider his best five masterpieces, in the form of Crowded House and Split Enz love songs, to get you in the mood.

by Deva Lee
in Entertainment 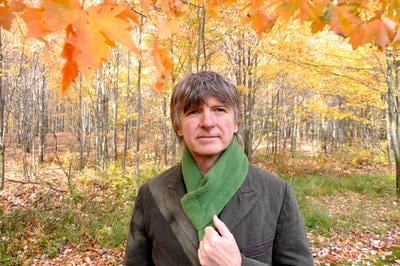 Neil Finn is one of the world’s great songsmiths.

He first delighted us when he joined his brother’s band Split Enz as a teenager and went on to lead Crowded House up the charts around the world. Ahead of his UK tour next month (see full details below) we take a look at the genre that offers a particularly prolific mold for Neil Finn’s haunting and sentimentally rich style – the love song.

In the opinion of the Australian Times and NZ Times editorial desks (following the obligatory debate over whether Crowded House are an Aussie or Kiwi band – it’s both, OK), Neil Finn’s top 5 love songs are, in chronological order:

Message To My Girl

Written in the early 80s by Finn for Split Enz, a Kiwi band founded by his brother Tim, ‘Message to My Girl’ was a smash and is one of his oldest love songs. For many – including someone at this desk who saw him perform it to his wife in NZ, via mobile phone, from the Royal Albert Hall in London – it is still his best. 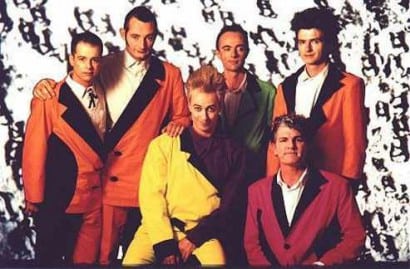 While some fans think this Crowded House song is about a really good cup of coffee, most agree it’s about the power of lurve. The band’s 1997 biography – by Kiwi author Chris Bourke – was named after this track.

The greatest long distance relationship love song ever? One of the most-covered Crowded House numbers, this track went to number 2 on the Aussie charts in 1988 and was recently included in The Telegraph’s list of the 100 Greatest Songs of All Time. In their theatrical video, in which they are literally out in the desert, as Finn serenades a distant love.

Beauty in darkness. Officially a greatest hit, this one is a ballad for all those who couldn’t resist forbidden love.

Fall At Your Feet

Like ‘Into Temptation’, this one featured on the Crowded House Greatest Hits album. The 1991 hit was also a favourite cover song for many other artists, including James Blunt and Boy &  Bear.

Finn will be entertaining fans with songs from his latest album, Dizzy Heights,  which features performances by his wife Sharon Finn and sons Liam and Elroy.

Dizzy Heights is Finn’s third solo album, and his second since Intriguer – Crowded House’s most recent album. The band produced two further albums after first breaking up in 1994, spurred by the suicide of drummer Paul Hester in 2005. There’s a new Crowded album in the pipeline, but for now Finn is concentrating on his solo tour, including London’s Royal Festival Hall on 3 May.

Get tickets for Neil Finn’s tour in the UK here!