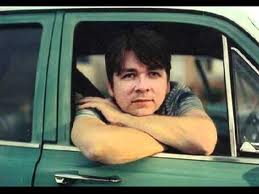 THE thing that I love about Darren Hanlon, more then anything else, is that he is well and truly an original – in both his song writing, and his performance.

For one thing, you’re guaranteed not to hear twelve versions of the same song. There will be no shoe gazing. The obligatory profanity filled rant fuelled by tallpoppy syndrome will be substituted with a hilarious anecdote about couch surfing or forming a band to specifically perform in nursing homes. And of course, my personal favourite the “this is the best show of the tour” line is actually heart felt and most probably accurate.

Normally found in a theatre or a bar, but also no stranger to the intimate – 4 November saw Darren Hanlon and his touring partner in crime Shelley Short play a very acoustic and relaxed gig in the downstairs room at Surya in London’s Kings Cross.

Leaving his usual arsenal of banjos and ukuleles at home, Darren, armed with only an acoustic guitar took to the rather small and dim lit stage and gave the punters of London a show not to forget.

Darren decided to kick it off with where it all began, with ‘Title Fight: Heart V Mind’. The first track off his first EP, it is a song about the very early stages of meeting someone who you believe could be someone special. It was the perfect opener to the journey Darren would be blinding taking us on.

With the spontaneity of the performance not being driven by a preconceived list of songs, hits were avoided and purity prevailed.

In typical Hanlon fashion the show was about his crowd as much as it was about his songs. Making friends with a lowly couch surfing traveller and sharing his own travelling stories as if no one else was there sat well with the enthused crowd who enjoyed a laugh as much as they enjoyed a listen.

‘Happy Birthday’ was sung to a man named Nick and in the music realm, newer tunes ‘Folk insomnia’, ‘Modern history’ and ‘Elbows’ about a chance encounter with actress Rhada Mitchel, were welcomed in the company of classics like ‘A-Z’, ‘Cheat the future’ and the popular ‘Punk’s not dead’.

The night wasn’t complete before being joined by American native Shelley Short to help Darren out with a few duets from his recent album. ‘All these things’ was a sure fire hit judging by the crowd’s applause.

As Darren swept off the stage it was apparent the crowd were not leaving before being treated again. So, always obliging, Darren returned to the stage, only this time bringing with him two new songs.

‘Awkward Dancer’ – a sweet tale of a guy who suffers from a lack of rhythm, was followed by ‘The Book Thief’, a song Darren was writing for a compilation but invented as a back story to a first fleet convict he had limited information on.

As the last chord faded out and Darren wished us all a good night, I was reminded of what good musicians do best. Take us on a trip for an hour or two into their world.

Darren not only takes you on a ride through his world of indie folk and wordy observations. He takes you by the hand and sees you through to the end.

Cheers for a great show. Till next time.

Watch the video to ‘All these things’ here: