Australian film, Charlie's Country', is making its mark in the international film scene and is opening the Cork Film Festival. 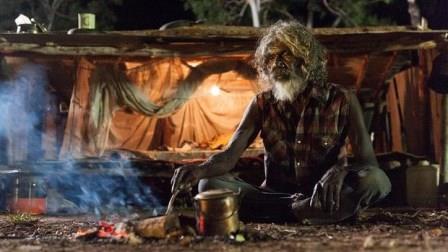 The film is set to open the 2014 Cork Film Festival on 7 November and will be seeking an Oscar as Australian submission for best foreign film in next year’s Academy Awards.

The film is the final part in a serious of films exploring the Australian indigenous culture by director Rolf de Heer.  It follows on his future successes the highly acclaimed The Tracker (2002) and Ten Canoes (2006).

Festival creative director James Mullighan said that as a South Australian living in Cork, he was both delighted and honoured to be able to open this year’s festival with Rolf de Heer’s latest work which stars Australian indigenous actor, David Gulpilpil.

“Where Ten Canoes dealt with ancient history, and The Tracker with recent history, so Charlie’s Country is a contemporary take on life, a quasi-autobiographical portrait of one of Australia’s most iconic cultural figures David Gulpilil.

“David co-created the project with Rolf de Heer and I will be fascinated to see how this beautiful, luminous and emotionally affecting movie plays in Cork, said Mr Mullighan at the festival launch.

A review by Sydney Morning Herald said, “It is a majestic performance.  Gulpilil plays shambolic old Charlie, down on his luck in an Arnhemland community. His family takes most of his welfare cheque and they’ve crowded him out of his government house.

“He now lives in a tin humpy, so he can get some peace.  He asks the white manager if he can have a new house. The answer is no, because he already has one. “But Errol, you’ve got a house and a job, on my land,” says Charlie, with implacable logic.

The film explores a critical political reality as the federal government impacts on indigenous communities and their culture.

“The level of trust between actor and director here is part of the reason this work will live on. These films are a powerful window on Aboriginal culture, made as a collaboration, rather than by a helicopter director. In every sense, they’re a gift to the nation, said the SMH review.