British comedian Simon Pegg has been talking up the delights of Perth on Twitter where he is currently filming an Australian crime thriller Kill Me Three Times. 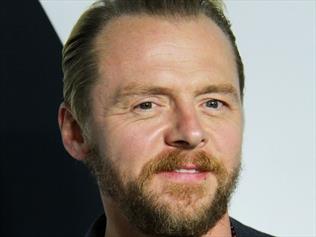 BRITISH comedian Simon Pegg has been talking up the delights of Perth on Twitter where he is currently filming a dramatic crime thriller Kill Me Three Times.

The Hot Fuzz, Shaun of the Dead and The World’s End star arrived on Friday in Australia, tweeting: “G’day Perth. Let’s make a film.”

He went on to recommend to his 3.5 million followers one of Perth’s local watering holes, The Lucky Shag.

“People keep recommending a bar called The Lucky Shag. Australia, you beautiful bitch, I don’t think I could love you more at this point,” he tweeted.

Written by Irishman James McFarland and directed by Australian director Kriv Stenders, it tells the story of murder, blackmail and revenge told from three different perspectives.

Simon Pegg plays the role of a murderer, a departure from his usual roles as a loveable nerdy larrikin.

‘I generally play quite nice guys, I’m fairly ordinary as a person so I can play those ordinary characters,” Pegg told  Metro.

“But this guy in Kill Me Three Times is a homicidal maniac so it’s quite fun to have that to play.”

Government film development agency ScreenWest offered incentives to filmmakers to ensure the film was shot in Australia. It is likely to showcase the beauty and landscape of Western Australia, with filming taking place at 10 locations around the state.

Promotion will no doubt be helped by Pegg’s continued tweeting of Perth’s attractive features.

On Tuesday Pegg tweeted: “I imagine at some point, I will stop saying ‘wow, cool’ at the kangaroos I see on my way into work. Not this morning though”.

The shoot is expected to take six to seven weeks, followed by post production in Victoria.