Heston Blumenthal employs the Willy Wonka system to determine which fans will get the chance to feast at The Fat Duck when it opens in Melbourne. 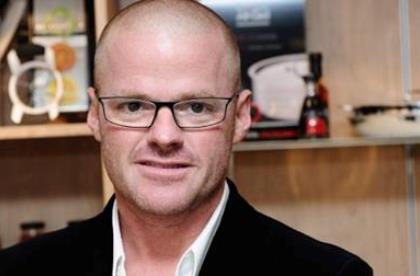 Fans of Heston Blumenthal and his legendary British based Fat Duck restaurant will have the opportunity to be selected as one of the lucky diners to enjoy the science behind the gastric genius of one of Britain’s most celebrated chefs when The Fat Duck opens in Melbourne early next year.

A ballot system on the Crown Fat Duck Melbourne website will be open from October 8 until October 26. Fans who enter the Willy Wonka style draw will be given the opportunity to sample Blumenthal’s legendary fare at AU$525 per person for the set menu when the restaurant opens its Melbourne doors on 3 February.

The website has already received about 40,000 inquiries from customers desperate to get reserve a table at The Fat Duck Melbourne since Blumenthal announced the restaurant’s move to Australia six months ago.

“I wish we were that organised,” the chef said to Fairfax media’s online food magazine goodfood.com.au.

The Fat Duck kitchen will be located at the old Breezes restaurant site in the Crown complex in Melbourne.

Plans in the pipeline include The Melbourne Fat Duck taking its place at Crown from February until August 2015 after which it will be run as the Dinner by Heston, in October.

“I will certainly be here for the first three weeks to a month for the opening,” he told goodfood.com.au. “I’m certainly going to come back for the middle, and I’ll be back at the end… I might be there longer. It all depends on my commitments back home, said Blumenthal.