by Jonathan Waldheim
in Lifestyle 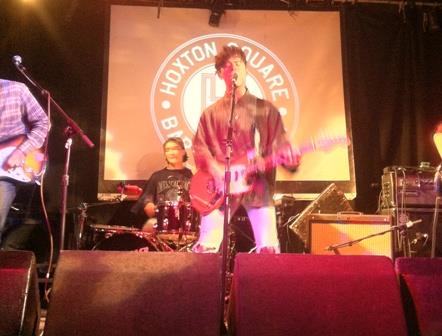 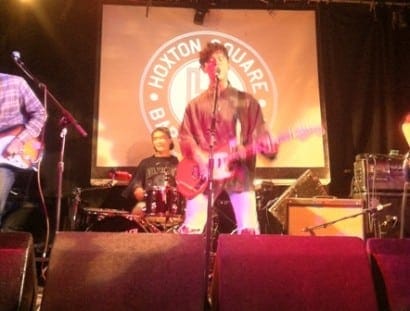 BRISBANE band Last Dinosaurs performed an excellent set to an enthralled London audience last night at Hoxton Bar and Kitchen in trendy east London. Newcomers to the UK scene, yet vastly experienced in touring Australia, Last Dinosaurs are a five piece band lead by brothers Sean and Lachlan Caskey. Catchy riffs, jazzy drumming and bass line’s that run as well as walk, the Dinos (as they are fondly known) have the talent at their disposal to become a huge success.

As soon as their set began at 20:30, bohemian Londoners who had come to the venue to see headliners Electric Guest, were enthralled by these confident Australian newcomers. As the set went on, heads began to nod and there was a genuine feeling of excitement from an audience who couldn’t believe they had stumbled upon this gem of a band.

With a mid-set medley of Modjo’s ‘Lady (Hear me tonight)’ and Groovejet’s ‘If This Ain’t Love’, the crowd began to sing along and by the time their lead single ‘Time And Place’ was being played the band had won over the watching crowd.

Lead singer Sean gave a shout out to a fan that had approached them earlier in the evening, genuinely happy to have fans in the UK. Speaking to bassist Sam Gethin-Jones after the gig it became clear that their current European tour has the sole aim to win new fans and build up their reputation on a new continent. Guitarist Lachlan Caskey summed up the dream by saying that they just wanted to “make a living doing what I love”.

Synth player Stephen Kempnich spoke to us about how happy the band were to be in London and Europe, acknowledging London’s happening atmosphere and the positive vibe he had got from the gig. Overall, Last Dinosaurs didn’t disappoint, Hoxton Bar and Kitchen served up a great atmosphere as well as great food and the ‘Dinos’ were successful in their quest to win over some more fans!

Have you seen these cool new Aussie players? What do you reckon? Tell us below: