London to host Australian & NZ Literature and Arts Festival in 2014

London will host its first Australian and New Zealand Festival of Literature and Arts in spring 2014. A literary BBQ showcasing emerging AusNZ talent will be held in Hammersmith in August as a lead-up event. 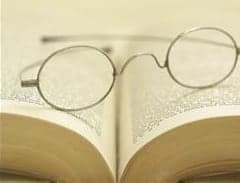 A FOUR-DAY festival celebrating the best of literature, theatre, film and music from Australia and New Zealand will be staged in London for the first time in spring 2014.

The festival aims to showcase Australia and New Zealand’s vibrant arts community to the UK audience, with a packed schedule of events planned for May.

With an estimated 500,000 AusNZ expats living in the UK, the festival will reach beyond the thriving AusNZ community by showcasing the countries’ proud roll call of writers and creative talent, and bringing to life the best stories from and about Australia and New Zealand as told by a global cast of participants.

The festival will be produced and coordinated by Amphora Arts, and has received funding from government arts and advisory bodies — including the Australia Council for the Arts and Creative New Zealand.

Jill Eddington, Director of Literature at the Australian Council for the Arts, said it was an exciting initiative which would increase the visibility of Australian books in international markets

“This festival will provide a great platform for our writers to connect with readers and reach new audiences around the globe.”

“Our hope is that this initiative will unlock unexpected and affecting stories and reimagine the perception of Australia and New Zealand for everyone,” said Mr Slack.

As well as challenging and having fun with stereotypes, the festival will also explore topics such as colonial links, migration, indigenous history and languages, food and culture, media, sport and literary adaptations.

Thomas Keneally, an acclaimed novelist, playwright and author from Australia lent his support to the festival with a brief message to the UK.

He said: “Dear England. We’re going to send you a big present: our Australian and New Zealand writers, film and music makers. It will all be like a series of loveable and brilliant personages emerging from the gift box and invigorating and charming you. It’s about time we got round to startling you, and the moment approaches. May we both enjoy it!”

Artistic Patrons and Headline artists will be announced at the Australian High Commission on 25 November this year, with tickets to go on sale in March 2014.

For those who can’t wait until May next year to get their AusNZ literary fix, Amphora Arts are planning a programme of events to build-up to the festival.

The first of these — a Literary BBQ — will be held on Thursday 29 August this year at the Lyric Theatre in Hammersmith.

The event will showcase the sharpest new writing from some of the rising stars of AusNZ literature, in a relaxed atmosphere featuring great food, music and short film. Featured authors include Eleanor Catton (The Luminaries), Hannah Kent, Craig Silvey (Jasper Jones), and Courtney Collins.